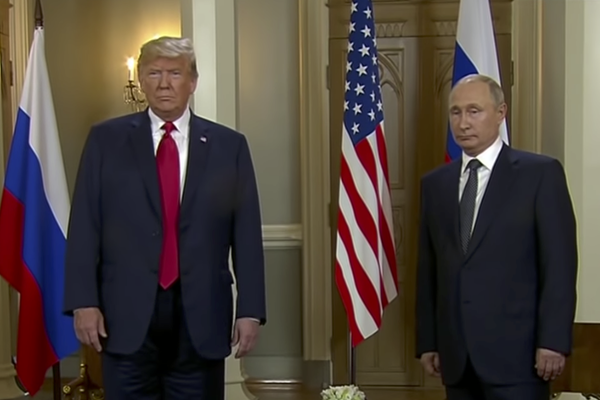 For over four decades following World War II, the Soviet Union engaged in a global Cold War with the U.S., aiming to destabilize America’s status as a world power. By any measure, the U.S.S.R. lost that war. But years later --after the fall of the Berlin Wall and dissolution of the Soviet bloc – Russia, under the leadership of Vladimir Putin, sought a different approach to continue to battle against the United States. Unlike the previous outcome, Russia is clearly winning this new war!

The original goal to chip away at American global dominance was fairly simple, but old Cold War tactics were mostly obsolete in the 21st century. Combining sophisticated misinformation and hacking initiatives, in addition to artfully using old Cold War methods of espionage (especially targeting Americans who could be compromised], Russia under Putin has tallied some remarkable achievements beyond wildest dreams of his predecessors who tried unsuccessfully to undermine the United States.  Russia’s timing was perfect, as Putin and his oligarchs put in place the pieces of a puzzle that have been wildly successful in weakening its Western nemesis.

Robert S. Muellers’ Report On The Investigation Into Russian Interference In The 2016 Presidential Electiondocuments extensively the coordinated Russian cyber attacks with the intent of influencing the American electorate with a disinformation campaign and to sow long standing racial and other discord. This effort could only have its intended impact by aligning with a U.S. presidential candidate --who by any calculation had little chance of being elected but who was obviously already compromised--  and hoping that somehow he could pull off an upset victory.

When Donald Trump was elected as U.S. President in November 2016 (to the great surprise of most Americans and probably to Putin’s astonishment as well), Russia achieved what no regime had ever achieved before. The golden prize was an American president, perhaps compromised far beyond what U.S. intelligence has revealed thus far – the leader of the Free World who has consistently advocated a pro-Russian agenda. This was a remarkable feat on the heels of an equally successful campaign to lure and reel in several close associates to Trump to do Russia’s bidding with the new president and his administration.

Putin’s plan worked like magic: a U.S. president who at every step supports Russia’s international agenda and publicly advocates pro-Russian positions. The list grows every month of Trump’s efforts to bolster Russia: from inciting divisions within NATO,  to the recent G6 Summit where the president tried to argue on your behalf for Russia to be readmitted to the group, and most recently the departure of U.S. armed forces from northern Syria clearing the path for Russian dominance in the region. We can only wonder what information Putin has on Trump to make the president an ardent defender and enthusiastic pro-Russian advocate.

Putin’s Russia is winning battles to destabilize the U.S. that former USSR leaders such as Joseph Stalin, Nikita Khrushchev, and Leonid Brezhnev had tried but failed.  Russia’s “new” war against the U.S., weaponized with a president who every day undermines American democratic institutions, has opened an unprecedented front in the ongoing battles between the two nations. Who will win this war remains uncertain.