From Historical Injustice to Contemporary Police Brutality, and Costs of Monuments to the Unworthy

Billy J. Stratton has a Ph.D. in American Indian Studies and is a faculty member in the Department of English at the University of Denver. He also serves as Special Advisor to the Chancellor on Native American Partnerships and Programs and has been instrumental in efforts to create dialogue and historical understanding of the Sand Creek massacre and its historical legacy. 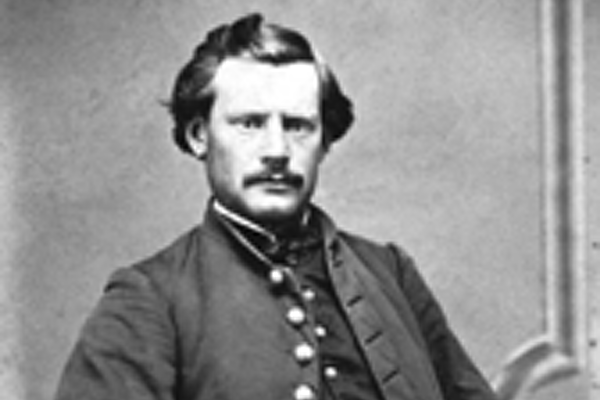 On June 22, demonstrators who attempted to topple a statue of Andrew Jackson located in Lafayette Square near the White House were forcibly removed by police in riot gear. Jackson rose to political prominence on the laurels of his exploits as an Army officer during the War of 1812 and Battle of New Orleans, which he used as an effective platform for a political career culminating in a successful run in 1828 as a Democratic candidate for president.

In addition to the military campaigns against the British, Jackson played a prominent role in wars waged against Native nations of the Southeast, while becoming infamous as president for carrying out the policy of Indian Removal resulting in the series of atrocities perpetrated against the so-called five civilized tribes known as the Trail of Tears, in which at least 15,000 died.

The day after the attempt to fell Jackson’s statue, President Trump announced he was working on an executive order to “reinforce” current laws criminalizing the defacement of monuments honoring military leaders. On July 12, the president followed up with a threat of a 10-year prison sentence for anyone damaging federal statues or monuments.

Jackson is only one of many deeply flawed historical figures whose legacies have come under scrutiny and criticism by Americans demanding social change and political reform in the wake of the police killings of Breonna Taylor, Elijah McClain, and George Floyd. Many are rightly questioning why we continue to honor such leaders as Jackson, as well as figures related to Spanish colonial conquest and genocide such as Christopher Columbus and Junípero Serra, or Robert E. Lee and other military officers and politicians who swore their loyalty to the Confederacy and the cause of slavery during the Civil War period.

For many, the display of such monuments shows a gross disregard for the complexity of our shared historical past, while continuing to exclude and silence the experiences and memories of marginalized peoples. Within this impassioned social environment, it didn’t take long for demonstrators to turn their attentions to such monuments, defacing and even destroying those celebrating historical figures with violent histories, especially in their treatment of non-European peoples.

These include one of the numerous statues honoring Junípero Serra, founder of nine Spanish Missions in what is now California. On June 19, citizens brought down a statue honoring him in San Francisco’s Golden Gate Park. A Catholic bishop condemned the action, while California officials in other cities such as San Luis Obispo proactively removed other Serra monuments to prevent similar actions.

The famed cowboy Kit Carson is another legendary figure glorified in the mythology of the old West. In reality, Carson was a scout and soldier who took part in several massacres of Native peoples in California, Oregon, and Washington throughout the mid-19th century, while also a leading participant in the war with the Diné (Navajo) during the period of the Long Walk. In late June, following the bringing-down of a statue of Columbus in Denver’s Civic Center Park, city officials took action to remove a nearby statue of Carson.

As a national reckoning propels a movement to remove what many see as tributes to racism and oppression, perhaps we might also imagine what could replace such deeply fraught monuments. We needn’t ignore all of our history in the process: Two Civil War-era heroes who rebelled and refused to join a brutal attack against Native peoples represent the moral courage we would do well to honor.

In fact, we should’ve been memorializing these soldiers all along. The ethical stand they took illustrates America’s highest principles – a 156-year-old life lesson that puts to shame many figures who have been celebrated in American history as heroes. It is important to highlight the fact that among all ethnic minorities, Native Americans continue to suffer the highest rate of death at the hands of police.

It was November 1864 when Army Capt. Silas Soule and Lt. Joseph Cramer were at Fort Lyons, Colorado, near a peaceful encampment of Arapaho and Cheyenne people who had settled at Sand Creek. The military had promised protection to the Native people for the coming winter amid growing hostilities from settlers in the Colorado Territory.

A rush of immigrants had been drawn by the discovery of gold at Pikes Peak in 1858. For many, inflamed by anti-Indian sentiment and eager for undisturbed access to land, resources, and gold, warfare was the preferred option.

Col. John Chivington, commander of the 3rd Colorado Cavalry, was only too willing to oblige. After failing to find a group of Cheyenne dog soldiers who were engaging settlers and troops alike, he decided to take his revenge at Sand Creek. He revealed his intentions to attack the peaceful encampment the night before the assault.

Soule and Cramer protested, to no avail. Soule, later seeking to expose the crime of the massacre and in seeking justice for the victims, wrote to the former commander at Fort Lyons, Major Edward Wynkoop. In this letter, which includes a graphic description of the massacre, Soule says he was “indignant” over the plan.

Like the demonstrators who’ve urged change over the past month, he took action. On the night before the attack, Soule confronted officers readying for the assault, declaring “that any man who would take part in the murders, knowing the circumstances as we did, was a low-lived, cowardly son of a bitch.”

Cramer spoke up to Chivington himself, saying, “I thought it murder to jump them friendly Indians.” Chivington replied: “Damn any man or men who are in sympathy with them.”

As the vicious assault unfolded the next morning, and under threats of death, Soule refused to participate and ordered soldiers under his direct command to stand down. Cramer followed suit. Around 200 people, many of them women and children, died in the massacre directed by Chivington. No one knows the exact figure. Yet the losses would have been much higher had Soule and Cramer not resisted.

It’s a reality not lost on the descendants of Arapaho and Cheyenne who were present that fateful day. For their bravery and willingness to stand up to evil, Soule and Cramer are still honored by the descendants of the survivors of Sand Creek. Soule was also instrumental in exposing the brutality of the massacre and gave harrowing testimony before a military commission that investigated Chivington’s actions. His descriptions shocked the nation.

He would be murdered on the streets of Denver three months later.

Aside from their honored place in the memories and stories of Cheyenne and Arapaho people, Soule and Cramer have been largely overlooked by historians. Now more than ever, theirs is precisely the kind of example Americans could learn the most from.

None, perhaps, could benefit more from Soule’s and Cramer’s acts of humanity and moral courage than members of our nation’s police forces, who continue to kill unarmed people at alarming rates while others all too often stand passively by as it happens.

We might wonder how incidents like that which led to Floyd’s killing could have turned out differently if examples like Silas Soule were venerated in place of figures such as Christopher Columbus, Andrew Jackson, Kit Carson, and Robert E. Lee.

Where are the monuments to Soule and Cramer?

Where, too, are the monuments for Cheyenne and Arapaho leaders such as Black Kettle, a leader of the Southern Cheyenne who was wounded as he greeted the soldiers with a white flag of truce at the start of the attack? To the Arapaho Chief Little Raven, who survived the massacre and dedicated his life to peace? Or to another Cheyenne chief, White Antelope, who ran toward soldiers “holding up his hands and saying, ‘Stop! Stop!’”? Then, as the firing intensified, he sang his death song as he was killed: “Nothing lives long, except the Earth and the mountains.”

Black Kettle would survive the Sand Creek massacre but be killed four years later at the Washita River massacre of 1868, carried out by General George Armstrong Custer.

To its credit, the Colorado legislature approved in 2017 a monument to all the people murdered at Sand Creek. But it’s been mired in red tape and disputes over the location of its placement ever since.

Where, in our public consciousness, are stories and events that speak to these brighter understandings of humanity, history, and the value of life? At a time that Washington is choosing a new mascot for its NFL football team — something their owner had recently vowed he would never do – this could be the moment to forge a new path into the future. Let examples of peace, kindness and moral courage guide us.