A Kick in the Leg: The Secret, Corrupt Political History of the Nobel Peace Prize

Norwegian born Unni Turrettini is an attorney, leadership coach, and the author of Betraying the Nobel: The Secrets and Corruption Behind the Nobel Peace Prize (Pegasus Books – November 3, 2020). 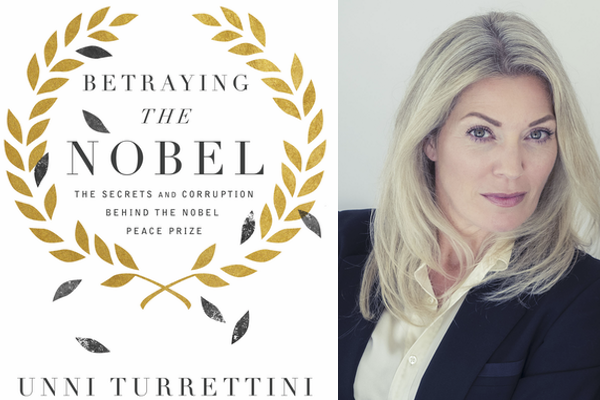 The Nobel Peace Prize 2020 has been awarded to the UN’s World Food Program for its efforts to combat “hunger as a weapon of war.” The United Nations is a long-time favorite of the committee, having won the Nobel Peace Prize seventeen times. It’s a safe winner for the Norwegian Nobel Committee, considering some of its previous selections. For example, the 2019 laureate, the Ethiopian prime minister Abiy Ahmed Ali, has turned out to be a disappointment. Ali won for his efforts to make peace between his country and Eritrea, and also for lessening tensions within Ethiopia. A year later, Ali has proven to be more of an authoritarian leader than a peace champion. Reports show extrajudicial killings, massive jailing of political opponents, and lengthy internet shutdowns as a means to control the population. Many are asking if last year’s prize was premature, so in contrast, choosing the WFP brings the risk for disappointment, and therefore the chance of criticism, close to zero.

Despite the scandals that have surrounded the UN, including the UN Peacekeeping forces’ (winner of the Nobel Peace prize in 1988) involvement in sexual violence against women in the places they were mandated to protect, Norway considers the UN to be a check on American power, and the closest to a world government we have yet achieved.

When President Barack Obama won in 2009, he had been in office for roughly eight months (and for less than two weeks when he was nominated by the February 1 deadline). There was another motivation behind Obama’s Peace Prize, however - The Nobel Peace Prize, in addition to being used for politically strategic purposes, has also sometimes been used with the intent to punish and keep people, especially politicians, in line.

This was true in the aftermath of the terrorist attacks on American soil on September 11, 2001. All of a sudden, many Western countries felt united against a common enemy—al-Qaeda—and President George W. Bush was able to form an alliance to find and fight the terrorists. As a result, the United States, through the eyes of the Norwegian government, stood out as too powerful and self-important.

But according to the Norwegian government, there is a solution to avoid one nation standing out too much above the others: The United Nations, which is why the UN and its secretary-general Kofi Annan won Nobel’s prize just weeks after President Bush declared war on terror and Al-Qaeda in September 2001.

Then in 2002, former US President Jimmy Carter won. The committee chair, Gunnar Berge, made it clear that Carter was selected not only because he deserved it, but more importantly because the award “should be interpreted as a criticism of the line that the current administration has taken. It’s a kick in the leg [meaning: slap in the face] to all those who follow the same line as the United States.” In essence, Norway wagged an admonishing finger at the United States.

According to the committee, Carter “continues to be, the mediator who seeks peaceful solutions to international conflicts.” Between the lines, one could almost hear: Unlike President Bush. Carter was also the first American president who wished to give the Palestinians their own homeland and stressed that the Israelis had to stop building new settlements on the West Bank. His position on the Palestine-Israel conflict was in line with the Norwegian government’s.

“Carter only served one term as President of the United States,” Berge said as a dig to the United States. “In a country where such importance is attached to outward success, that has cast a shadow. Carter’s principal concern was to do what he felt was right, even when it was not the smartest political step to take.” Once more, unlike President Bush was the subtext.

Another “kick in the leg” award toward President Bush and the United States came in 2005. The winner was the International Atomic Energy Agency and its director general, Mohammed ElBaradei. Although in name it sounds promising, The IAEA—which is an advisory agency to the UN—hasn’t done anything to reduce nuclear weapons in the world. But ElBaradei had been opposing American policy for years and was an open foe of President Bush. Al Gore, also an opponent to Bush and his administration, won the prize in 2007 for his battle against global warming. Gore may have lost the presidential election to George W. Bush in 2000, but through the Nobel Peace Prize, he was vindicated.

When Barack Obama was announced the winner in 2009, the journalists present asked the committee chair to name some things Obama had achieved in the name of peace in the previous year to deserve Nobel’s medal. The committee chairman responded with, “We want to send a signal to the world.” The signal, it appears, was that Obama brought with him the hope of change from the previous Bush administration’s politics.

No other prize holds more prestige than the Nobel Peace Prize. In his will, Alfred Nobel used three concepts to clarify his approach toward a more peaceful world and which type of work he wished to support. He used three expressions—the best work for fraternity between nations, for the abolition or reduction of standing armies, and for the holding and promotion of peace congresses.

The Nobel committee, consisting of five members elected by the Norwegian parliament, hasn’t always followed Alfred Nobel’s instructions. According to former committee secretary Geir Lundestad, “The committee thinks there are many roads to peace.”

Selecting winners who are clearly not peace champions creates distrust. But the Nobel Peace Prize, as an institution, isn’t alone in this. Today, trust in leadership is also at a historic low in governments and corporations. The Nobel Peace Prize Committee is showing an example of leadership that is divisive instead of unifying. Instead of making the bold choices our world needs, it has fallen into the temptation of power and politics. It has been swayed by popularity and fame instead of standing up for the true values of the Nobel Peace Prize—Alfred Nobel’s intentions of peace and unity. As a consequence, unworthy candidates have been chosen and other, more deserving ones have been ignored.

By ignoring Nobel’s last will and testament, and perverting the historical significance of the prize, the committee has disconnected from Nobel and transformed his prize for global disarmament into a general prize for whatever it most conveniently defines as “peace” at the moment. Now, the Nobel Foundation in Stockholm must restore the meaning, honor, and integrity of the prize. Perhaps then, the prize will affect the change which Nobel intended.