Immigrant Families are the Second Casualty of War

Elliott Young is professor of history at Lewis & Clark College and author of Forever Prisoners: How the United States Made the World’s Largest Immigrant Detention System. 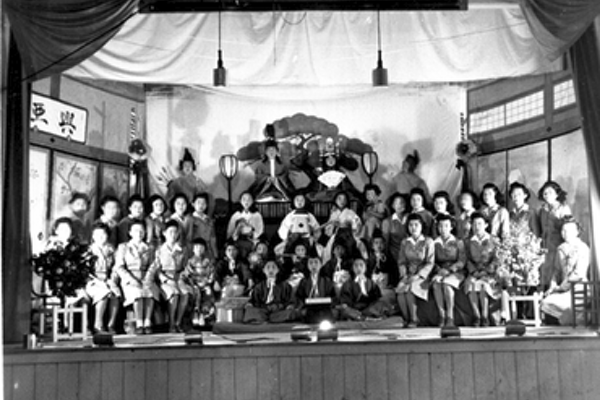 If truth is the first casualty in war, immigrants follow as a close second. During the first and second world wars, tens of thousands of immigrants in the United States were locked up in prisons as part of a geopolitical game beyond their control. Today, after nearly two decades, forty people remain caged in Guantanamo, only two of whom have been convicted in a military commission system. What ties immigrants together with the Guantanamo prisoners is that many face indefinite detention without adequate access to legal counsel or due process.

Today in South Texas, the same lack of due process plays out with devastating consequences for immigrant families. The United States is not at war with Mexico, Guatemala, Honduras or El Salvador, where most immigrants in detention are from, but instead our government is fighting a war against immigrants themselves. Although President Joe Biden has promised a more humane immigration system, thousands of families remain behind bars.

In 2018, Matthew Albence, then acting director of Immigrations and Customs Enforcement (ICE) compared family detention facilities to “summer camp. ” A year later, while guiding a tour of a family detention center in Dilley, Texas, he declared, “This is clearly not a concentration camp.”

Albence’s reference to “concentration camps” conjured up images from World War II only to deny the historical connection.  However, there is a largely forgotten history of family wartime detention deep in the heart of Texas.

We have seen the images of children sleeping on the ground in chain-link cages and read the descriptions made in 2019 by lawyers visiting the Clint facility outside El Paso, of horrifying scenes of hundreds of children held in a windowless warehouse, lacking toothbrushes and soap, and suffering from lice and influenza outbreaks. These may not be death camps, but in 2020 more than twenty immigrants died in ICE detention facilities.

In July 2020, facing the rapid spread of COVID in ICE detention facilities, Judge Dolly Gee in California ordered all children being held by ICE for more than 20 days to be released from detention into the custody of sponsors. But since that order only applies to children, parents have to choose between remaining with their children in COVID-ridden detention centers or allowing them to be released to the custody of strangers. Locking up families together is not a humane solution to family separation.

Forcing parents into such a Sophie’s choice happened before in South Texas, as I explore in my book Forever Prisoners: How the United States Made the World’s Largest Immigrant Detention System. During World War II, almost 5000 people--men, women and children--were incarcerated at an Immigration and Naturalization Service (INS) camp in Crystal City, Texas, just forty miles from where the family detention center in Dilley sits today. Although it was usually a man who was accused of being an “enemy alien,” wives and children “voluntarily” chose to join the male head of household rather than split up the family.

In the 1940s, the INS boasted about the recreational activities at the Crystal City camp much as Albence did in 2018, but families there described the devastation of being surveilled by guards with guns and encircled by barbed wire fences. By the end of the war, around 31,000 people labeled as “enemy aliens” were locked up in INS detention camps. There was no evidence that the vast majority of these people were a threat to the country, just as there was no justification for the internment of 120,000 Japanese and Japanese Americans.

In 1988, Congress recognized the injustice of Japanese American internment, offered an apology and compensated victims. Japanese Latin Americans who were incarcerated, however, were excluded from this legislation. A secretive program run by the FBI kidnapped German, Japanese and Italian nationals living in Latin America, brought them to the United States on military transport ships and locked them up in detention camps in Texas and New Mexico. These camps ended up holding 8,500 people for the duration of the war. The plan was to exchange the detainees for US citizens who were being held by Axis powers. In other words, they were hostages, civilian pawns in a war game.

Following the war, many of the Japanese Peruvians remained in these camps, refusing to go to war-torn Japan and denied entry by Peru which exhibited its own anti-Japanese xeonophobia. Some of the Peruvian-born children in the camps, unable to return to Peru, became stateless and faced indefinite detention for years after the war ended.

Although these detainees were labeled “enemy aliens” and were incarcerated for national security reasons, they were imprisoned for “illegal entry.” The US government dragged them to the United States at gunpoint and then accused them of entering without authorization. Courts refused to review the legality of how the detainees were brought to the country arguing that this was beyond their jurisdiction.

One of the Japanese Peruvian children who was at Crystal City camp, Elsa Higashide, did not even realize that she had been declared an “illegal alien” until she was applying for her citizenship papers in college. Elsa remembers asking the judge who held her FBI file, “What is this? Why is my file stamped ‘illegal entry’? We didn’t come illegally. You folks knew we were coming in; you brought us here.”

The children and families from Central America and Mexico being held today in Karnes and Dilley, Texas were not forced to enter the United States by the military like the Japanese Peruvians were during World War Two. However, many of them are fleeing countries with some of the highest murder rates in the world, mostly due to drug cartel, gang and police violence.

These people, like the Japanese, German and Italian Latin Americans during World War Two, are victims of war, not national security threats. Rather than criminalizing them as “illegal aliens,” they should be welcomed as refugees.