"Without Pressure from Germany": Hungary's Revisionist History of the Deportation of 18,000 Jews

Karl Pfeifer is an Austrian born journalist of Hungarian Jewish origin and a member of the board of the Archives of the Austrian Resistance. 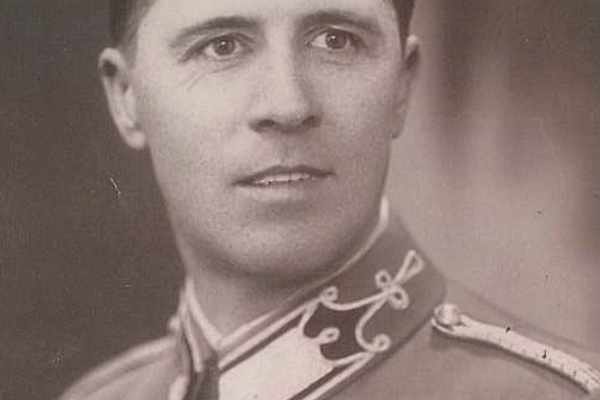 László Ferenczy of the Hungarian Royal Gendarmerie was a key figure in the expulsion of Jews from Hungary prior to and after the 1944 Nazi occupation of the country.

The official narrative that Hungary was a safe country of asylum for Jews until the German occupation on March 19, 1944 is simply false. As early as the summer of 1941, the Hungarian state deported Jewish inhabitants without any pressure from the German side.

Anti-Semitism and revisionism were cornerstones of the Horthy regime from 1919 onwards. Hungary was the first country in which a government again enacted an anti-Jewish law after the First World War, the so-called Numerus Clausus law of 1920, which restricted Jewish students' access to universities.

The first decree for the deportation of Jews was issued on July 12, 1941 by the Foreigners Police KEOKH on the instructions of Interior Minister Ferenc Keresztes-Fischer. In July and August 1941, a total of about 18,000 people, mainly from Carpatho-Ukraine, were deported via the Körösmezö concentration camp to Kolomea and from there to Kamenec-Podolsk, about 50 kilometres northeast of Czernowitz.

Two thirds of those deported by the Hungarian state were Hungarian citizens. From the report of the German Einsatzgruppe C, a mobile killing squad, we know that on August 27 and 28, 1941, 23,600 Jews were shot in this area by men of the 320th Police Battalion. Some of those murdered were members of the local Jewish community, about 15,000 were deportees from Hungary, and the rest probably escaped or were sent back to Hungary by the local authorities.

As early as July 17, 1941 Herbert Pell, the US ambassador in Budapest, reported on this cruel action, which was carried out with "alarming speed." He also informed the Joint—the American Jewish Joint Distribution Committee—about it, but adhered to Washington's instructions and only intervened on behalf of two US citizens.

The fate of the surviving deportees would be "starvation or massacre," Pell wrote, citing reports from Joint representatives Jacobson and Blum, who were unaware that they had received and passed on news of one of the first Holocaust massacres.

The authorities tried to keep this action secret and the newspapers did not publish anything about it. But since Jews from Budapest were also brought to Körösmezö from the West Railway Station in sealed wagons, the deportations were common knowledge.

On November 21, 1941, Arrow Cross MP Mátyás Matolcsy asked Hungarian Foreign Minister László Bárdossy in parliament: "I cannot understand what would be wrong if the government really rounded up the Jews and expelled them?"

In his answer, Bárdossy revealed, "after the occupation of the Ukrainian territories, we deported a very significant number of Jews. We wanted to deport even more, but the friendly German Reich warned us not to do so. We were forced to bow to this wish."

In 2013, the Orbán government founded the historical institute "Veritas" to "present the Hungarian public law tradition in a dignified way," as its mission was officially proclaimed. The real goal, however, was to serve the state's politics of memory. The military historian Sándor Szakály, whose revisionist views have provoked fierce opposition from serious historians for almost 20 years, was appointed head of the institute.

In an interview with the Hungarian news agency MTI in 2014, Szakály said Jews in Hungary suffered "significant losses" only after the German occupation of the country on March 19, 1944. He called the first deportation from Hungary in the summer of 1941 to Kamenec-Podolsk an "alien police procedure" and claimed, "when it turned out that many of them had been murdered, Interior Minister Ferenc Keresztes-Fischer allowed them to return to Hungary."

Officially, Hungary does not commemorate the victims of the deportations on the anniversary.

This history-twisting trivialization of a massacre led Jewish organizations to demand Szakály's dismissal to no avail; he still runs Veritas today.

People were deported who could not prove their Hungarian citizenship because the anti-Semitic administration made this difficult.

But there were also cases where the citizenship certificates were simply torn up by gendarmes. "Veritas" historians deny that a Hungarian gendarme could have done such a thing, because an important part of the historical distortion committed by this institute is the exoneration of the Hungarian gendarmerie, which in the early summer of 1944 herded Jews with extreme brutality - often with lashes - into cattle cars whose destination was Auschwitz-Birkenau.

Veritas attempts to polish the political culture of the Horthy regime. And because this is closely related to the practice of state anti-Semitism, it is also concerned with its ideological and moral rehabilitation. This self-congratulatory view of history is part of the "National Cooperation" (NER) under Prime Minister Viktor Orbán. It strives to weaken the Hungarian state's co-responsibility for the Holocaust.

For this reason, those in power since 2010 wrote into the preamble of the Basic Law adopted in 2011 that Hungary lost the "state self-determination of our homeland" on the day of the German occupation of the country, March 19, 1944. It was only restored after the fall of communism on May 2, 1990.

But thanks to the serious research tolerated so far, we know that without the active involvement of the Hungarian government under Reichsverweser Miklós Horthy and his administration, the deportation of almost half a million people to Auschwitz-Birkenau in 1944 would have been impossible within a few weeks.

Official Hungary does not commemorate the victims of the deportations on the 80th anniversary. But the Budapest Rabbinical Seminary and the Methodist John Wesley High School will jointly hold an academic conference in October - just as they did ten years ago - in memory of the mass murder.