Antonino Crisà is a Marie Skłodowska-Curie Research Fellow in the Department of Archaeology at Ghent University, Belgium. He is the currently researching Cultural Heritage in Danger: Archaeology and Communities in Sicily during the Second World War (1940–45). 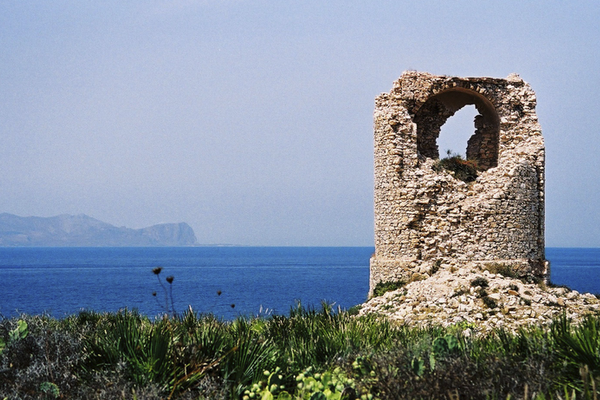 World War 2 was one of the most devastating conflicts in the whole of human history. Millions of soldiers and civilians died between 1939 and 1945; the consequences of war were terrible. Undoubtedly, European countries were amongst the most affected in the entire world. Military operations caused much destruction in urban centers; Allied and Axis bombs destroyed factories, stations, ports, plants and entire cities, with inhabitants desperately seeking shelter, waiting for the end of the raid. Of course, attacks were carried out primarily for military purposes and aimed to hit predetermined objectives. However, bombs could and did hit historical buildings, churches, monuments, museums and antiquities. Therefore, protecting cultural heritage became a major concern for all European states, which carried out a series of plans to protect it at all costs.

The rich Italian cultural heritage, formed by the tangible remains of past civilizations, was at serious risk during the conflict. As soon as Mussolini declared war against Great Britain and France on June 10, 1940, Italy entered World War II. Giuseppe Bottai (1895-1959), Minister of National Education, actualized some emergency plans to defend Italian cultural heritage. For instance, authorities placed some distinctive signals on roof tops of museums and monuments to point out them to enemy pilots in case of aircraft attacks. Fine art and archaeological collections were moved from urban museums to safe countryside shelters and kept there for the entire conflict. Monuments were also protected with scaffolding and sandbags to limit damage caused by bomb blasts and splinters.

Sicily, an island in the center of the Mediterranean Sea, rich in archaeological remains, was directly involved in World War II. First, it suffered substantial Allied aircraft attacks in minor and major centers, like Catania, Messina and Palermo, vital ports and therefore strategic targets. Then, Sicily became a war theater between July and August 1943 during the successful Allied landing, known as “Operation Husky.” Sicily became “Region I” of the Allied Military Government of the Occupied Territories (AMGOT). Until now, scholars have little examined the real impact of war on Sicilian antiquities.

Cultural Heritage in Danger: Archaeology and Communities in Sicily during the Second World War (1940–45) (SICILYWAR), a cutting-edge research project funded by the European Research Council (ERC) and carried out by the author at Ghent University in Belgium, focuses on the effects of war on the island’s antiquities. The project benefits from a series of interdisciplinary perspectives at the intersection of history, archaeology, museum, military and social studies. It also assesses a variety of fresh, unpublished documentary resources from Italian archives (especially those in Palermo and Rome) including dispatches, letters, pictures and maps.

First, SICILYWAR aims to better understand the role of authorities involved in the safeguarding of the island’s antiquities, especially local superintendents and museum curators who had to actualize the national protection plans. They also dealt with casual discoveries of archaeological finds during the construction of bunkers, military installations or shelters in urban contexts. Second, the project seeks to identify social networks which involved military and civilian authorities acting and (often) clashing in a war and emergency context. To this regard, we have identified four social levels as follows: 1) state (Ministry of National Education); 2) regional (Superintendents); 3) local (perfects and police forces); 4) supranational (the AMGOT). Archival research also discloses the activities of ‘minor’ characters, like workers and custodians involved in the management of cultural heritage. Last but not least, SICILYWAR aims to contextualize Sicily in the wider European context identifying common grounds, methods and solutions to protect national cultural heritages.

Furthermore, the project focuses on three essential protagonists who acted to defend antiquities in Sicily successfully under the supervision of the main authorities based at the central government in Rome. First, the young archaeologist Pietro Griffo (1911-2007) operated in Agrigento, a well-known archaeological site in the south-western coastline area of Sicily, where the Italian army had installed its military command for the island’s defense. Second, Jole Bovio Marconi (1897-1986), the first woman superintendent employed by the Italian state, worked in Palermo directing the National Museum and protecting provincial sites (e.g. Solunto). Third, Mason Hammond (1903-2002), US Monument Officer of the AMGOT, collaborated with both superintendents to inspect damaged sites, provide first aid compensating war damage and rescue any potential fine art object lost or plundered.

Considering the available documentation traced in archives so far, we know that war heavily affected on antiquities and museums in Sicily. We can therefore identify two vital impacting factors which put cultural heritage at serious risk. First, local authorities considered bombs as the main concern for all Sicilian monuments. Allied aircraft raids became more intensive especially in early and mid 1943 in preparation of the Operation Husky. As a solution, Bovio Marconi moved all archaeological collections from Palermo’s Museum to a safe shelter in San Martino delle Scale. Second, the interference of military authorities at archaeological sites could provoke serious damage. In Agrigento, the Italian army installed bunkers and anti-aircraft artillery positions in the site. Griffo strongly went against these harmful actions arguing with commanders and generals.

Finally, SICILYWAR has been disseminated through a variety of research outputs. In particular, we mention a two-day ‘virtual’ conference on World War 2 and cultural heritage at risk (Ghent, 15-16 October 2020) gathering international scholars.

(For more details about SICILYWAR please visit this website: https://sicilywar.wordpress.com/).

“Cultural Heritage in Danger: Archaeology and Communities in Sicily during the Second World War (1940–45)” project has received funding from the European Research Council (ERC) under the European Union’s Horizon 2020 research and innovation programme (grant agreement No. 835876).