Antisemitism is Toxic and Persistent. It's Not Inevitable

Ralph Seliger is the editor of The Third Narrative website, which promotes a two-state solution, fairness and empathy in academic debates on Israel and Palestine. 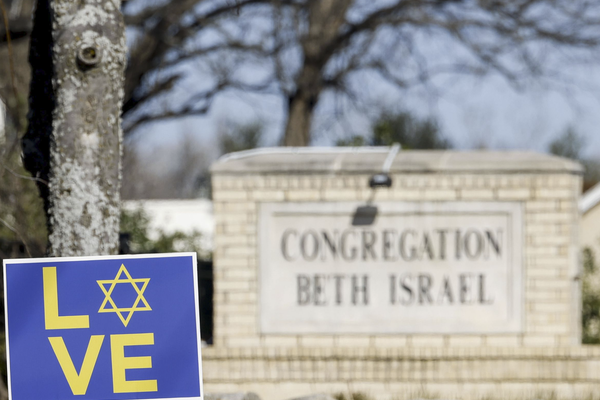 International Holocaust Remembrance Day will be observed on January 27th, in honor of the Soviet army’s liberation of the Auschwitz-Birkenau death camp on that date in 1945.  Although the six million victims of the Holocaust are fewer than ten percent of the estimated 75-80 million killed during World War II, this number nevertheless constituted the murder of nearly 60 percent of the eleven million Jews in all of Europe at the time, including the utter destruction of nearly a thousand Jewish communities in Eastern and Central Europe, and one third of the entire global Jewish population of 18 million on the eve of that conflict.

The current Jewish reading cycle of “Exodus,” the second of the Five Books of Moses, began on Christmas Day.  Chapter 1 verse 8 is a frequent starting point for a discussion of antisemitism and the historical Jewish condition: “A new king arose over Egypt who did not know Joseph.”  The new pharaoh reasoned that these people were not really Egyptians, so how could they be trusted?  A prime correlate for antisemitism is for a government or a large number of its citizens not to recognize the Jewish minority in their midst as a legitimate part of the nation.

By way of contrast, there were a few outstanding instances of nations within the orbit of Nazi Germany during the Holocaust that resisted antisemitism.  The Danes were under Nazi occupation but the underground resistance, tipped off by an anti-Nazi German, saved virtually all of the nation’s Jews by ferrying them in fishing boats into Sweden.

Albania, a client state of the Axis while under Italian and then German occupation, safeguarded its own tiny Jewish community and took in foreign refugees.  It ended World War II with 11 times more Jews than at its outset.

Finland also stood out as a de facto ally of Germany (fighting to regain territory lost to Soviet aggression in the “Winter War” of 1939-40), but totally rejecting German entreaties to surrender its small Jewish community.  Over 300 Finnish Jews served in the Finnish army.  When, in 1942, the Finnish government did turn over eight Austrian Jewish refugees, this occasioned widespread protests, including from prominent politicians and leaders of the Lutheran Church, which resulted in a new policy that safeguarded approximately 500 Jewish refugees as the war progressed.

Bulgaria, an ally of Nazi Germany for most of the war, has gained a reputation for saving its native Jewish population, but this is far from the complete story.  It readily deported over 11,000 non-Bulgarian Jews to their deaths from the Greek and Yugoslav territories occupied by its forces, and even its treatment of Jewish Bulgarians was far from exemplary.  Bulgaria’s racist “Law for the Protection of the Nation” stripped Jews of citizenship rights, and excluded them from professions, universities and trades.  Men were drafted under harsh conditions into forced labor battalions, and eventually most Jews were expelled into the countryside from the capital city of Sofia, suffering a complete loss of property.  (See the “Bulgaria” entry in the online Encyclopedia of the United States Holocaust Memorial Museum.)

The Bulgarian story is complicated, with some members of parliament and church leaders protesting deportations, and its Jewish population at the war’s end equaling its prewar level.  But Bulgaria's record comes out better only because things were so bad elsewhere.

For example, nearby Romania, another ally of Nazi Germany, independently murdered several hundred thousand Jews in mass shootings and by other brutal means within its pre-war boundaries and in territories temporarily captured from the Soviet Union, including the massacre of 40,000 inmates at the Bogdanovka concentration camp.  Hungary, also an ally of Germany, eventually deported most of its Jews to Auschwitz.  And France’s collaborationist Vichy government had no qualms about giving up its Jewish citizens.  Although there were exceptions, persecuted Jews were often hunted down, imprisoned and murdered by Poles, Ukrainians, Latvians, Lithuanians and Croatians.

Because my parents came here from Poland as immigrants but were actually refugees in the middle of 1941, I’m especially interested in the Polish case.  Modern Polish history from the 19th century on was marked by a conflict between a narrow ethnic definition of Polishness and a more inclusive vision, which embraced its ethnic minorities, the largest of which were the Jews, Ukrainians and Germans.  The George Washington of modern Polish independence in 1918 was Marshall Joseph Pilsudski, a man of the left who advocated this broader inclusive view of Polishness.  But when he died in office as president of the republic in 1935, antisemitism came to the fore and the Jews suffered from a devastating economic boycott, prior to the Nazi and Soviet conquest in September 1939.

Poland was the only country under Nazi occupation where some fighting units of the partisan resistance victimized Jews even as they fought the Nazis.  It was also the scene of murderous pogroms perpetrated by Poles against Jews, such as in Jedwabne in 1941 and in Kielce after the war was over.   But there was and remains a sharp political divide between antisemites and other Poles who oppose antisemitism.

Since ethnic Poles also suffered greatly under Nazi rule, losing about ten percent of their population (not counting the more than 90 percent of Polish Jews who perished), many are irate over scholarly research that has uncovered instances of Polish violence against Jews.  The current rightwing Polish government has even criminalized such scholarship and exploited popular outrage to further entrench itself in power.  Parallel movements in other Eastern European countries, such as in the Baltic States and Ukraine, have been propelled by a similar politics of resentment to promote the theory of a “double genocide” -- arguing that the Soviet occupation was also genocidal, while often extolling nationalist heroes implicated in the mass murder of Jews.

Closer to home, Salo Wittmayer Baron was a Columbia University historian credited with creating the study of Jewish history as an academic discipline.  He is widely quoted as opposing the “lachrymose conception of Jewish history," meaning a history that only focuses on the suffering and misfortunes of the Jewish people.  Still, the calamities are there: the destruction of the First and Second Temples, the end of the two Hebrew kingdoms, the destruction of Judea by the Romans, and the numerous massacres, humiliations and expulsions of the Jews from most European countries during the Middle Ages.

Then there’s the stereotyping and scapegoating of Jews in modern times culminating in the Holocaust, and the persistence of antisemitic prejudice to this day, including instances of violence, to which even the United States is not immune.  The “Alt-Right” demonstrators at Charlottesville chanted “Jews will not replace us.”  The murderer of 11 worshippers at the Tree of Life Synagogue in Pittsburgh was motivated by this “replacement theory” that liberal Jews are to blame for the recent waves of non-white immigrants.  One is left with the fear that this pattern of antisemitic hatred is inescapable, even where American Jews have long felt secure.

During the 1990s, I had erroneously thought that antisemitism as a major phenomenon was basically done.  To me, the popular success of the TV sitcom “Seinfeld” represented a new casual acceptance, even popularity of Jews in this country.  Today, a majority or near majority of American Jews are marrying non-Jews, with Jewish relatives even included in most presidential and vice-presidential families since the 1990s: i.e., Clinton, Gore, Trump, Biden, and Harris.

I had pinned my hopes on what looked like a successful peace process between Israel and the Palestinians, until this crashed and burned.  Ever since the Palestinian Intifada in the early 2000s, and the periodic eruptions of violence between Israel and the Gaza Strip afterwards, Europe’s Jews have experienced waves of assaults, including murders, mainly from members of Muslim immigrant communities.  Blaming random diaspora Jews for actions or policies of the State of Israel, subjecting them to verbal or physical abuse, is classic antisemitic bigotry.  It is akin to what leading Americans, ranging from George W. Bush leftward, warned against in the wake of 9/11, that Muslims as a whole should not be blamed for the atrocities committed ostensibly in the name of Islam.  (Not that Israel’s policies in the occupied territories are analogous to 9/11, but one can criticize them without resorting to antisemitism.)

I still greatly value these words in Yitzhak Rabin’s inaugural Knesset speech as prime minister in 1992, warning against Jewish insecurity and fatalism:

No longer are we necessarily "a people that dwells alone," and no longer is it true that "the whole world is against us." We must overcome the sense of isolation that has held us in its thrall for almost half a century.

I’m heartened that a number of high-profile Jewish evildoers have not triggered massive antisemitism in this country: e.g., Bernie Madoff, Harvey Weinstein, Jeffrey Epstein, and the Sackler family.  Their Jewishness has not been emphasized, except for Madoff having victimized prominent Jewish individuals and organizations that invested heavily in his Ponzi scheme.

Antisemitism is characterized by the lumping together of Jews, implicating all in the misdeeds of a few, and their designation as a conspiratorial “other” rather than as compatriots.  Both in the US and abroad, the picture is complicated; this hateful bigotry continues, but it’s neither universal nor inevitable.