Art's Historical License in Netflix's "The Edge of War" 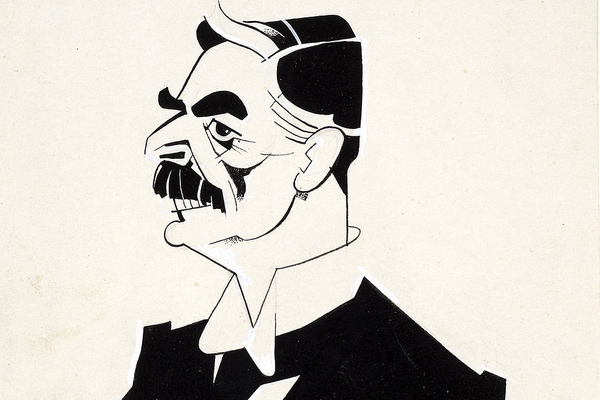 The Netflix movie "The Edge of War" dwells on the international crisis over the Sudetenland in September 1938 and the Munich Conference that settled it, which averted the outbreak of war; a war that would finally break out a year later.

As an artistic production, the movie is undoubtedly good. A captivating imaginary plot takes place as part of a real historical event. The actors are good, and, something which enhances its credibility, those playing the parts of German individuals speak in German and those playing the parts of British individuals speak in English, except in cases in which the same person is able to speak both languages fluently.

Britain’s Prime Minister, Neville Chamberlain, is played masterfully by Jeremy Irons. The problem is that he is portrayed as a nice chap with an affable personality, whereas historical evidence shows that he was actually vain, aloof and far from friendly.

Chamberlain is said to have been horrified by the thought of another European war, following the Great War of 1914-1918, which was true. He is portrayed as believing that the next European war would be significantly more destructive than the Great War. Chamberlain turned out to be right about that, of course.

At the end of the movie, one is told as a fact that, thanks to the year gained by Chamberlain's appeasement policy, and the Munich Agreement, Britain was better prepared to confront Nazi Germany in 1939, and thus win the war.

However, that is not a fact, but an opinion.

By the same token, one could argue that, as a result of Chamberlain’s appeasement policy, Germany also gained a precious year to rearm and be better prepared for war, and that, having absorbed the Sudetenland, and subsequently the remainder of Czechoslovakia in March 1939, Germany was able to make use of that country’s industrial base and advanced military industry when the Second World War broke out in September, 1939. Indeed, Chamberlain’s appeasement policy could be said to have divested the anti-German coalition of a valuable ally, Czechoslovakia, which had a strong army. Strategically, Germany was in considerably better position to initiate hostilities in 1939 than it would have been in 1938. Abandoning Czechoslovakia was not only morally wrong, but also strategically unwise.

It should stressed that, based on the evidence available, Chamberlain did not seek to postpone war. He attempted to avoid it altogether. He believed that the conflict with Nazi Germany – and, indeed, with Fascist Italy and Imperial Japan – could be settled.

His premise was that Germany’s aim was to rectify the wrongs done to Germany by the Versailles settlement at the end of the Great War. The objectives of Germany could be accommodated by a conciliatory disposition and a pro-active diplomacy.

Chamberlain’s objective in signing the Munich Agreement was not to gain a year at the expense of Czechoslovakia, the only parliamentary democracy in Central and Eastern Europe. His aim was to solve the conflict with Nazi Germany, not to postpone the outbreak of war. The resolution of the Sudeten Crisis was considered by Chamberlain to be only a step in resolving the overall conflict with Nazi Germany.

Chamberlain believed, as he wrote to one of his sisters, that he was the only person who could settle the conflict with Nazi Germany.  His lack of modesty was matched by his ambitious goals. The problem, as it turned out, were not his goals, but rather the premise behind them. After the first meeting with Hitler at Berchtesgaden (Chamberlain would meet him on three different occasions) on the 15th and 16th of September, 1938, Chamberlain wrote to his sister that Hitler “was a man who could be relied upon when he had given his word.”

Following the Munich Agreement of the 30th of September, 1938, which had brought to an end the Sudetenland Crisis, Chamberlain suggested to Hitler to sign a piece of paper in which both leaders would pledge that their respective countries  would settle all future conflicts by peaceful means, promising never to go to war with each other.

Chamberlain proudly waved that piece of paper in front of all the journalists who were waiting for him at the airport upon his return from Germany.

He announced to the British people that he had brought “peace in our time,” hardly the statement of someone who wished to lower expectations, wishing merely to postpone war.

On the same day the Munich Agreement was signed, Chamberlain declared that “the settlement of the Czechoslovak problem which has now been achieved is, in my view, only a prelude to a larger settlement in which all of Europe may find peace.”

This is not exactly the mode of conduct and the rhetoric of a leader who sought to postpone war. Rather, it confirms that Chamberlain’s objective was to attain an overall resolution of the conflict with Germany – and with Italy. The solution of the Sudetenland Crisis was only a step towards that goal.

Indeed, on the 31st of October, 1938, Chamberlain told his Cabinet that his policy remained “appeasement”, the chief aim of which was “establishing relations with the Dictator Powers which will lead to a settlement in Europe and to a sense of stability.”

Following the Munich Agreement, Chamberlain argued that he had not sacrificed Czechoslovakia, the only parliamentary democracy in Central and Eastern Europe. In the House of Commons on the 3rd of October, 1938, Chamberlain explained that the Munich Agreement “may perhaps enable her [Czechoslovakia] to enjoy in the future and develop a national existence under a neutrality and security comparable to that which we see in Switzerland today.” As an experienced politician, Chamberlain must have known that his words would be kept on record and come to haunt him if the aim of his policy was merely to postpone war. In the wake of the Munich Agreement, Czechoslovakia resembled anything but Switzerland. Indeed, within a few months it would cease to exist as a separate country following the German invasion of March 1939.

In his declaration of war on the 3rd of September, 1939, which was broadcast on the BBC to the nation, Chamberlain candidly said “You can imagine what a bitter blow it is to me that all my long struggle to win peace has failed.” There was no need to refer to his “struggle to win peace” had he been intent on postponing rather than avoiding war. After all, if his aim was merely to postpone war, notwithstanding the sorrow for the war just declared, Chamberlain might have been relieved that, at least, he had managed to gain some precious time before war broke out.

Chamberlain’s right-hand man, his closest adviser, Sir Horace Wilson, confirmed many years later that the Policy of Appeasement “was never designed just to postpone war, or unable us to enter war more united. The aim of our appeasement was to avoid war altogether.”  What is particularly interesting is that, with the benefit of hindsight, he could have tried to enhance Chamberlain’s place in the historical record by contending that Chamberlain’s objective was more short-term, pragmatic in nature, and less naïve in hindsight. He didn’t. Perhaps Sir Horace knew that the evidence available would not allow him to argue otherwise.

To be sure, Chamberlain might have had good reasons to try and postpone war as the movie seems to imply. However, that by itself is hardly a proof that Chamberlain’s appeasement policy was designed to postpone war, nor, for that matter, that the year gained consequently led to Britain’s victory in the Second World War.  Intentions should not necessarily be inferred from results, as the movie attempts to do.