Afghanistan's Lesson: Plan for What Happens After Russia Leaves Ukraine

Aaron Brown holds a PhD in history from Ohio University with a Certificate in Contemporary History. 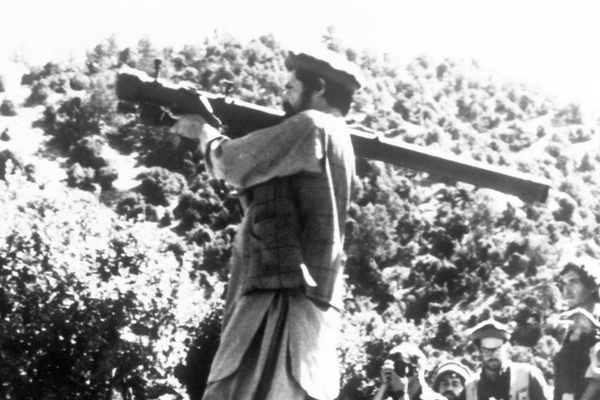 As Russia continues its assault on Ukraine, foreign policy experts in the US and Europe are preparing for the real possibility of a long-term Russian occupation of its neighbor. Although the Ukrainians have put up a more formidable defense than most experts expected, it is clear that Moscow has no intention of backing down anytime soon. Still, some have wondered if there is an opportunity for NATO to help Ukraine preserve its sovereignty like the United States, Saudi Arabia and Pakistan did for Afghanistan in the face of Russian aggression there in the 1980s.

There are reasons to believe that such an effort would ultimately succeed, but only if the US and its allies can avoid the mistakes that were made in the aftermath of Russia’s expulsion from Afghanistan. Presidents Jimmy Carter and Ronald Reagan succeeded in providing the necessary weaponry for Afghanistan’s insurgents to drive Soviet troops from their soil. But that country descended into lawlessness, tribalism and warfare as soon as the Kremlin pulled its forces out. Those conditions provided the breeding ground for the Taliban, which would provide aid and comfort to al-Qaeda as it plotted the attacks of September 11, 2001. The US ultimately found itself occupying the same ground it had driven the Russians from several decades earlier. The NATO effort to arm Ukrainians resisting Russian invaders has the potential to repel Moscow much like the US and its partners did in Afghanistan, but the fate of Ukraine depends largely on how willing the US and its Western European allies are to invest in its future.

When the Soviet Union invaded Afghanistan on Christmas Day, 1979, President Carter called it a “blatant violation of accepted international rules of behavior.” He immediately responded with a ban on technology exports to the USSR and a grain embargo that risked alienating voters in the Midwest. Perhaps even more controversial was Carter’s decision to force American athletes to boycott the 1980 Summer Olympics in Moscow in protest of the invasion. Carter’s cabinet was divided on these moves. Secretary of Agriculture Bob Bergland and National Security Advisor Zbigniew Brzezinski fought over the grain embargo, while Secretary of State Cyrus Vance opposed the Olympic boycott.

The sanctions and boycott may have ultimately been worse for Carter’s re-election chances than they were for the Soviet war effort. But Carter’s next step proved to be decisive. By drastically increasing covert aid to Afghanistan’s Islamic rebels, he and Brzezinski strengthened an insurgency that would severely deplete the Kremlin’s morale and ultimately drive the Russians from Afghan soil. Although they doubted their ability to do so at the time, Carter and his advisers were able to lay the groundwork for what would become the Soviet Union’s Vietnam. Carter’s successor Ronald Reagan continued the effort and Moscow was forced to retreat by 1989.

The United States and its allies have imposed even more severe sanctions on Russia in response to its Ukraine incursion, targeting its banks and businesses in an attempt to strangle its economy. The ruble is now worthless, and Russia’s citizens have scrambled to withdraw foreign currency. The Biden administration, meanwhile, has banned Russian oil imports. Such moves against Russia’s economy will likely hinder the Kremlin’s ability to subjugate its neighbor, but those most familiar with Russian president Vladimir Putin say the war will continue regardless. If this is the case, then further arming Ukraine with Stinger and Javelin missiles to take down Russia’s tanks and aircraft will likely become NATO’s primary strategy, as Washington and its allies remain wary of imposing a no-fly zone over Ukraine. The parallels with 1980s Afghanistan will then become even harder to ignore.

If NATO does succeed in eventually expelling Russia from Ukraine, the big question will be how willing the United States and its allies are to assume the burden of rebuilding the war-torn country. Ukraine will face a different set of circumstances than Afghanistan did in 1989, but it will be vulnerable to lawlessness and instability much like the Central Asian country was throughout the early 1990s. Many Afghans believed they had no choice but to support the Taliban when it seized power in 1996, as the group imposed law and order after years of grinding warfare. Some have suggested the US and its European allies develop a “Marshall Plan” for Ukraine akin to the US economic assistance package that helped rebuild Western Europe after World War II. While it is too early to tell what such a plan would look like for Ukraine, it is inevitable that the country will need large-scale assistance from its European neighbors and the US if it is to avoid deteriorating into a failed state riven by further warfare and possibly subject to another Russian invasion.

But Ukraine presents an opportunity for the United States and Europe that was elusive in Afghanistan. In the 1980s, Washington’s main conduits for weapons shipments to Afghanistan were Saudi Arabia and Pakistan – two countries that pursued their own goals (often the same ones) in that country. The Saudis and the Pakistanis were perfectly content to see Kabul overrun by Sunni Taliban extremists who shared some of their same enemies – Iran and India for example. The U.S. would find itself ensnared in this web of rivalries when it opted to send troops to Afghanistan after September 11, 2001. Ukraine presents its own challenges, especially as the aggressor there resorts to nuclear saber-rattling. But the effort to repel the Russian invasion involves NATO allies who share the same objectives – preventing an authoritarian bully from destabilizing or annexing its sovereign neighbor. The US and its allies would all like to see Ukraine develop into a stable pro-Western democracy. Collaborating effectively on a strategy to rebuild Ukraine will be a challenge for the US and the European Union if it succeeds in assisting that country in defeating Russia, but at least those tasked with providing the economic assistance are largely in agreement about what they would like the war-weary nation to look like when the dust settles.

As the Biden administration weighs its next moves in Ukraine, it would be prudent to keep in mind that other foreign policy challenge it confronted last August. The United States spent twenty years trying to subdue a country that had been left to decay for many years prior to the September 11th, 2001 terror attacks that drew its armed forces there. When the US left Afghanistan, it did so shamed and defeated – in large part because of the mistakes it had made after the Soviets left. The Ukrainians might succeed in fending off their Russian assailants, but they will face even further hardships if their American and European allies do not help it reconstruct their burgeoning democracy.