A History of Art for Our Times

Charlotte Mullins is an art critic, writer and broadcaster. She has worked as the arts editor of the Independent on Sunday, the editor of Art Review, the V&A Magazine, Art Quarterly and is the newly appointed art critic for Country Life. She has written over ten books, two of which are art books for children, which were published under the pen name Charlie Ayres.

A Little History of Art is published by Yale University Press in hardback. 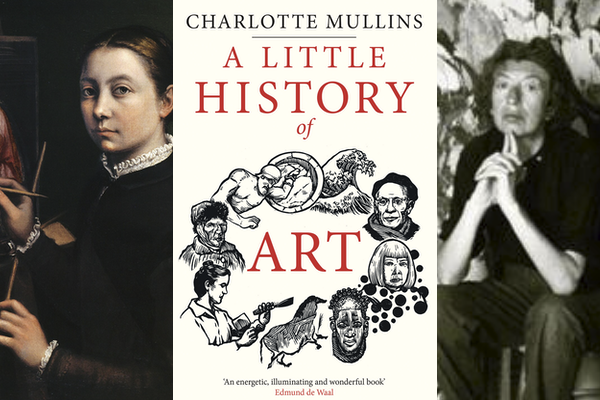 In her recent Audible series "In Search of Black History," playwright and critic Bonnie Greer explained: ‘History is the story of those who wrote it.’ This writing down of events, this coding of life, has created historical accounts that now can seem blinkered or informed by deep prejudice and bias. For the last fifty years women and writers of color have been calling out white male Western historians and slowly the writing of history (still "his story") is broadening. A Little History of Art endeavors to contribute to this expansion.

Art History as a discipline was formalized in the West 300 years ago, when men such as Johann Winckelmann began to codify art. Winckelmann considered ancient Greek sculpture the highest art form and believed work by Michelangelo and Raphael the closest modern equivalent. Despite Western artists moving away from the classical model in the nineteenth century this traditional method of learning still underpinned my own art historical training in the early 1990s. At this time the bestselling introductions to art history were by Ernst Gombrich (first published in 1950) and H.W. Janson (first published in 1962). They appeared vast in scope and authoritative in tone. But Gombrich famously excluded all female artists bar one from The Story of Art. This book has sold over 8 million copies worldwide and is still prominently displayed in museum bookshops. It carries a sticker stating it is the world’s best-selling art book. Yet it excludes the entire history of women’s art (there’s no sticker telling you that). 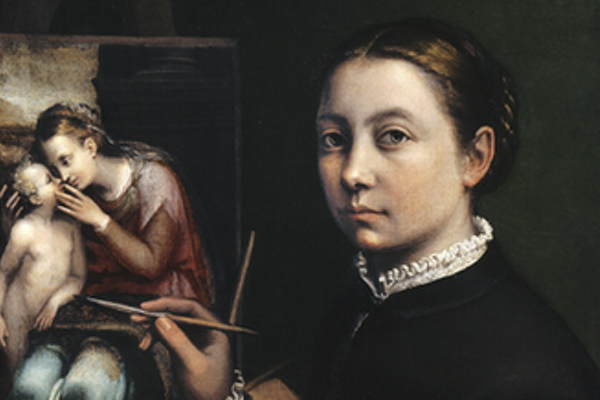 A Little History of Art sets out to do things differently. Women artists have been restored to the narrative. This is not a fabrication of their importance or an elevation of women’s art. These women worked for the leading patrons of the time: kings, queens, sultans and emperors. Sofonisba Anguissola worked for King Philip II of Spain in the sixteenth century; Guan Daosheng was part of the Mongol Court of Kublai Khan in the 1290s. These artists were celebrated in their day – in the seventeenth century Elisabetta Sirani was buried with the same civic honors as Bologna’s leading male painter Guido Reni, despite dying at the age of twenty-seven. By this time she had run her father’s workshop for eleven years, her own art academy for women for four years, and painted exceptional works of art. 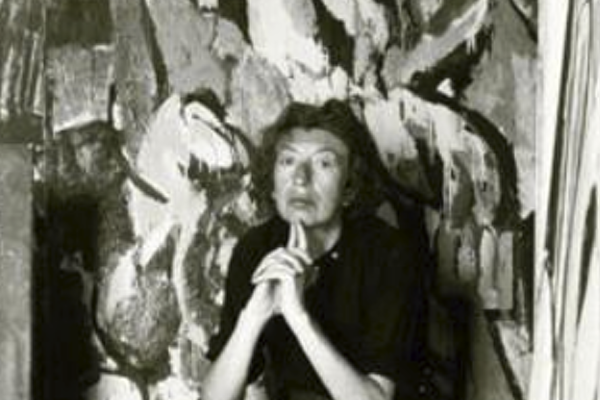 Artists of color have similarly been excluded from general histories, their narratives deemed somehow not important enough to include. One such artist is Jacob Lawrence. His powerful “Migration” series was painted in 1940–41 in response to the Great Migration of 6 million African Americans from the southern states to northern American cities in search of work. This series deserves to be as well-known as Grant Wood’s American Gothic (1930). The postwar abstract expressionism of Jackson Pollock, Mark Rothko and Willem de Kooning similarly was not made in a white male vacuum – African-American artists including Norman Lewis and Romare Bearden were painting exciting abstracts at this time, as were women artists such as Lee Krasner. These artists are now finally being honored with museum retrospectives and their stories appear in A Little History of Art. 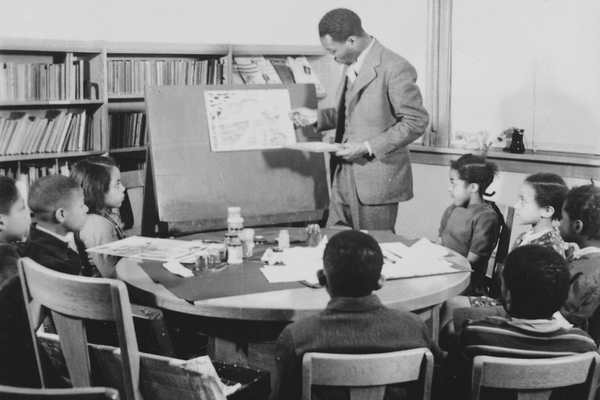 When artists travelled or met those from other continents they were quick to absorb new methods of working, as seen in the fifteenth-century court of Sultan Mehmet II in Constantinople or in the State of Benin in West Africa. Artists made art in societies that have left no written record, such as the Nok of the Niger Valley. Their distinctive figurative sculptures are the most telling record of a culture that ended nearly 2,000 years ago. Their art shows signs of a visual network that spanned the African continent. Such networks must be at the heart of any retelling of art’s story because they show how ideas permeated. Artists through time have always created their own networks of art, looking at and collecting each other’s work, attracting patrons and obtaining raw materials (Europeans obtained lapiz lazuli from Afghanistan and ivory and gold from Mozambique; African artists acquired copper and brass from Portuguese merchants). At times these networks spanned continents and were not limited by gender, age, class or ethnicity.

A Little History of Art is part of Yale’s ‘Little Histories’ series and as such follows a chronological path across forty short chapters. The books all stem from Gombrich’s A Little History of the World, written at breakneck speed in 1935 as a lively antidote to dull history books and to engage curious children. The series maintains Gombrich’s fresh accessible style, with no jargon and no footnotes, and is aimed at everyone from teenagers to nonagenarians. The chronological format offers a clear path through history and ensures no one gets lost along the way. It also allows art from across the globe to be written about and considered simultaneously. When non-Western art was included in traditional introductions to art history it was ring-fenced in chapters dedicated to African or Chinese art. In A Little History of Art this isn’t the case. All art is integrated and within each chapter we zip about the world. For example Chapter 16 begins in Mexico, moves to Africa and Japan before travelling to England and finishing off in the Ottoman empire.

While this slim single volume, the size of a paperback, is necessarily a distillation of art’s story, it is a story that now includes many different artists from around the world. I hope it highlights the ongoing power of art to move us, to speak beyond words, to talk to our emotions directly, to have an impact. Art history may be a relatively new and dynamic discipline in the West but art itself is 100,000 years old and today is more powerful than ever. It is time for art history to embrace diversity and become a richer, more complex and inclusive story of art for our times.