Organized Defiance May Be the Only Answer to an Undemocratic Court

Alan Singer is a historian and professor in the Hofstra University Department of Teaching, Learning and Technology. He is the author of New York’s Grand Emancipation Jubilee: Essays on Slavery, Resistance, Abolition, Teaching, and Historical Memory (SUNY Press, 2018).  Follow Alan Singer on Twitter. 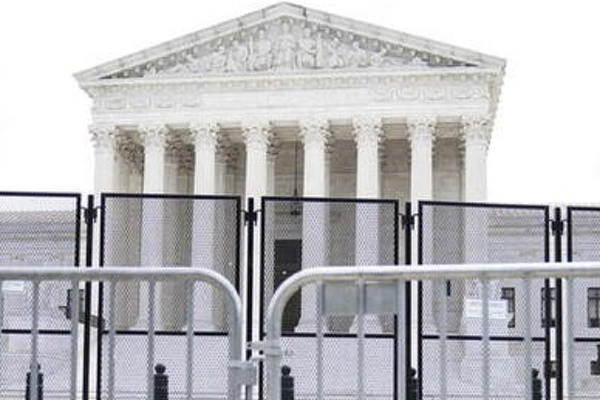 The rightwing majority on the Supreme Court is on a rampage against reasonable, non-ideological, interpretations of the law and the Constitution. It may be poised, in the language of Clarence Thomas’s concurring opinion in Dobbs v. Jackson Women’s Health Organization, to “reconsider all of this Court’s substantive due process precedents, including Griswold, Lawrence, and Obergefell” and “whether any of the rights announced in this Court’s substantive due process cases are ‘privileges or immunities of citizens of the United States’ protected under the Fourteenth Amendment.” Republican judges, including the three Trump appointees, seem determined to eliminate all protection for the personal right to intimacy and privacy and fundamental legal protections. Their actions place individuals, especially women, the country as a whole, and with the threat of an impending climate catastrophe, much of the world, at deep risk.

As Martin Luther King, Jr. explained in Letter from Birmingham Jail (1963), “in any nonviolent campaign there are four basic steps: collection of the facts to determine whether injustices are alive, negotiation, self-purification, and direct action.” King argued that other avenues for the achievement of racial justice had been followed and he called for the creation of “constructive nonviolent tension” and defiance of unjust laws. As in 1963, the only remaining legitimate response to the Supreme Court’s attacks on the Constitution may be individual and collective defiance including challenges to judicial review.

As a result of previous conservative Court decisions, firearm manufacturing has almost tripled since 2000 and has sharply expanded in the last three years. Automatic weapons and accessories, purchased legally in one state and taken across state lines have been used in mass murders and racist attacks. Unassembled “ghost guns” are shipped by mail and reassembled and used in gang violence. This country is in the midst of a gun epidemic.

In 2008, for the first time in United States history, the rightwing Supreme Court majority ruled in District of Columbia v. Holder that an individual had the right to possess a gun independent from membership in a well-regulated militia. This decision completely reinterpreted the 2nd Amendment, discarding restrictions on gun ownership. The court majority did concede that this new interpretation of the 2nd Amendment did not prevent all regulation of gun ownership and possession including prohibitions on carrying concealed weapons and the possession of firearms by felons and the mentally ill, or laws forbidding bringing firearms into schools and government buildings. In 2010, the Court further expanded bogus Second Amendment “rights.” In McDonald v. City of Chicago, the court, by a 5-4 vote, invalidated a Chicago law that prohibited handgun possession by almost all private citizens. Now, in New York State Rifle & Pistol Association Inc. v. Bruen, the rightwing court majority overturned New York gun regulations restricting the concealed carry of pistols in public places, once again privileging gun rights over human rights.

In these decisions, the Supreme Court overturned long established legal principles, just as it did in discarding Roe v. Wade. In a 1939 decision, the Supreme Court validated the National Firearms Act of 1934, determining that Congress could regulate gun ownership when the weapon did not have a “reasonable relationship to the preservation or efficiency of a well regulated militia.” The Court ruled that the Framers wrote the Second Amendment to ensure the effectiveness of the military, not individual gun ownership.

In the majority opinion that overturned Roe v. Wade (1973) and abortion rights protections, Samuel Alito asserted that since the 1950s, the Supreme Court’s interpretation of due process rights under the 14th amendment and unenumerated privacy rights under the 9th amendment violate the spirit and legal grounding of the United States Constitution, and should be reversed.

The Court majority is now in a position to overturn every Supreme Court decision since the Warren Court’s 1954 unanimous ruling in Brown v. Board of Education declaring de jure segregation illegal in the United States. At risk are not only reproductive freedom but also the right to marry and have sexual intimacy with the person of your choice, the ability to use contraception, due process procedures like Miranda warnings, free speech for students and teachers, union rights, and environmental regulations.

As the planet roasts, this court is poised to toss out the power of federal regulatory agencies to enforce reasonable climate and environmental protection claiming that the regulatory agency guidelines represent Executive branch overreach into areas that are the responsibility of the Legislative and Judicial branches. The rightwing Court majority ignores that the regulatory agencies were all established by acts of Congress and that the Supreme Court in its 1984 “Chevron deference” ruling upheld their authority act.

It is time for “blue states” to defy rightwing Supreme Court rulings that are blatantly undemocratic, impose a minority’s religious and political beliefs on the rest of the country, and enforce questionable interpretations of the United States Constitution.

The idea of judicial review by this Supreme Court must be challenged.

Starting with the majority decision in Marbury v. Madison in 1803, Supreme Court Chief Justice John Marshall began to assert that “judicial Power’ meant that the unelected judges on the Supreme Court had the final authority to interpret the meaning of the Constitution and decide which federal and state laws and actions were authorized and which were unconstitutional and therefore void. In the Marbury decision, Marshall declared “the Constitution is superior to any ordinary act of the legislature,” but he did not expound a theory of Judicial Review and the Supreme Court did not begin reviewing and throwing out other Congressional acts. In 1810, the Supreme declared a Georgia law violated guidelines established by the United States Constitution, in 1816, in a case involving Virginia, it assumed the right to review state court decisions, and in 1819 it declared that federal authority superseded state authority when Maryland tried to tax a bank created by Congress.

Claims that the Supreme Court was the ultimate interpreter of the Constitution was challenged by both former President Thomas Jefferson in 1819 and by President Andrew Jackson in 1830. Jefferson denounced the 1819 court decision in McCulloch v. Maryland as a violation of state sovereignty, however the greater challenge to the Court’s expanding interpretation of “judicial Power” came from Jackson. In Worcester v. Georgia (1832), the Supreme Court ruled in favor of the Cherokee nation in a case where they challenged a Georgia law for violating their treaty with the United States. President Jackson responded, "John Marshall has made his decision, now let him enforce it" and Jackson and Georgia just ignored the Court’s decision.

The Supreme Court’s interpretation of “judicial Power” became more firmly established in 1832 when South Carolina passed an Ordinance of Nullification declaring federal tariff laws would be null and void and uncollectable in that state. In this case the response to South Carolina was in the form of a presidential interpretation. Congress did not act with a new law defining “judicial Power” and the Constitution was not amended.

Starting in the 1840s in Prigg v. Pennsylvania (1842) and in the 1850s in Dred Scott v. Sandford (1857), a Southern dominated Supreme Court used its claim of “judicial Power” to protect the slavery regime in the United States. After the Civil War, it eviscerated the legal rights of African Americans promised under the 14th amendment with decisions in the Civil Rights Cases (1883) and Plessy v. Ferguson (1896).

Following passage of the Fugitive Slave Law in 1850, ant-slavery abolitionists declared they would refuse to obey an illegal law and on the Underground Railroad they helped thousands of enslaved Africans to escape to freedom. It is time for “Blue states” to refuse to comply with unconstitutional interpretations by a rightwing Supreme Court and to challenge the legitimacy of the Court’s claim of  “judicial Power.”