Good Intentions, But Still A Long Way To Go 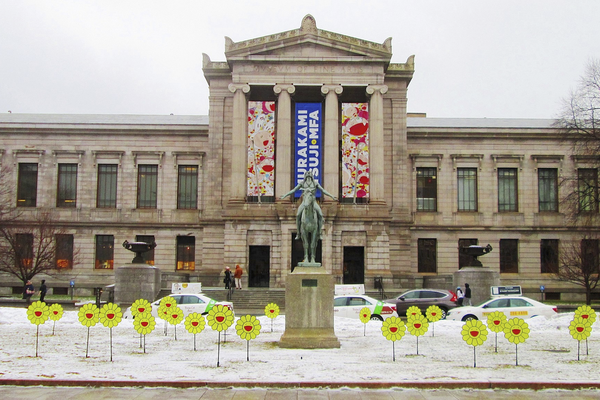 One of the most momentous changes in my lifetime has been the broad social recognition that discrimination against women and people of color in American society is wrong. The idea that women and African Americans were deservedly inferior was a fundamental belief in Western society for so long that the seemingly sudden rejection of discrimination made the 1960s movements for equality seem revolutionary.

The revolution didn’t happen. Instead, gradual shifts in gender and racial relations have moved our society toward more equality in fits and starts over the past 50 years. Powerful resistance to change has slowed down the movement to equality at every point.

But lately a basic change in the arguments of the resistance demonstrates at least some ideological success. While the initial opposition to equality claimed that inequality was natural and God-given, those who oppose further change now often say that equality has been achieved, or even that the balance has shifted so far that white men are now at a disadvantage.

Daily life proves otherwise. The city of Boston is currently in an uproar over one of the innumerable daily incidents that show how persistent prejudice resists good intentions. The premier Boston art museum, the Museum of Fine Arts, long ago recognized that urban high culture tended to serve mainly the interests of white people. To counteract the legacy of racism, the MFA produces extensive programs to highlight the cultural contributions of black artists and to attract a diverse community. For 7 years, the MFA has celebrated Juneteenth, the oldest national commemoration of the end of slavery. The largest film festival in New England “celebrating film by, for, and about people of color”, the Roxbury International Film Festival, will also be held in June for the 21st year.

These laudatory initiatives came from the Museum’s leadership. But below the top level, racial resentments have not been eradicated. When a group of black 7th-graders from the Helen Y. Davis Leadership Academy, a local middle school whose students are not white, visited the MFA last week as reward for good behavior and good grades, they were greeted almost immediately with open expressions of racism. A museum staff member told the children how to behave: “no food, no drink, and no watermelon.” Security guards ostentatiously followed them around. Other museum patrons felt it was necessary to make racist remarks, including “Never mind, there’s fucking black kids in the way.” The MFA apologized, launched a wide investigation into this particular incident, and pledged to keep trying to improve its services to communities of color.

Only those who insulate themselves from the daily news would find this incident surprising. The broad social acceptance of the idea that discrimination is wrong has meant that the blatant daily transgressions against equal treatment have been splashed across the national media over and over again. That’s both useful and discouraging.

While continued instances of racism often make the news, the persistence of gender inequality is less visible, because it mostly occurs in private spaces. A remarkable recent book shows the stubborn tenacity of male resistance to equality, despite the profession of good intentions by men to relinquish a key privilege: letting women do most of the work of child care. The psychologist Darcy Lockman wrote “All the Rage: Mothers, Fathers, and the Myth of Equal Partnership” after she realized that her husband kept finding ways to avoid participating equally in child care, such as saying he needed to go to the gym after work. She found that equal parenting is mainly a myth.

While many men believe they carry equal weight at home, in fact women who work outside of the home still take on two-thirds of child care, a proportion that has not budged over the past 20 years. The time-use studies by the Bureau of Labor Statistics detail what men and women actually do every day. In families with a child where both parents work full-time, women spend 50% more time on “household activities”, 65% more time on “purchasing goods and services”, and 50% more time taking care of children. Men spend their extra time watching TV and in recreation.

I don’t get it. Watching TV or going to the gym is more interesting than caring for your child? Changing diapers is too difficult for men to master?

Lockman offered a set of interlocking explanations: men had generally been raised to think less about the needs of others; some people believe that women by nature were better suited to caring for children; men are more reluctant to let family responsibilities interfere with work; women are reluctant to demand that their partners take an equal role. But she ends the book with a more forceful insight: men resist giving up their privilege. Lockman cites the NY Times opinion column by philosophy professor George Yancy entitled “I am sexist” as an example of what most of the men she interviewed would not do: admit their privilege.

Elizabeth Cady Stanton wrote to a male cousin in 1855, “Did it ever enter into the mind of man that woman too had an inalienable right to life, liberty, and the pursuit of her individual happiness?”

We might broaden this plea to apply to both racism and sexism. Only once those who have enjoyed the privilege of belonging to dominant groups ask themselves whether other people also deserve the same rights will our society get beyond good intentions to equal results.