The History of Inauguration Day

“So Help Me, God”: The History of the Presidential Inauguration

On Monday, January 21, 2013, President Barack Obama will be sworn in for his second presidential term. The inauguration has been a key event at the start of each presidency since George Washington first took office. Since then, certain features have remained fairly constant, such as the oath and the inaugural address. Other aspects, such as the date, have changed. Inauguration Day was originally March 4 until the ratification of the 20th Amendment, which switched the date to January 20, except in years such as this one when that date falls on a Sunday. In these cases, the president is sworn in with a private ceremony on Sunday and then takes a public oath on the next day. The event has changed with the times in some ways and held to tradition in others, not to mention the mishaps that have occurred along the way.

George Washington: Sealed with a Kiss 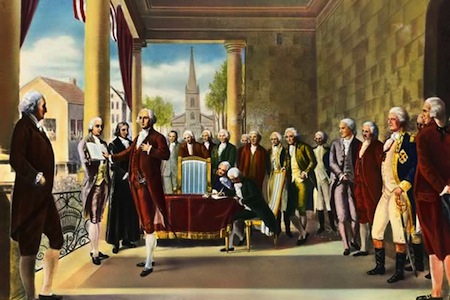 George Washington's first inauguration was held on April 30, 1789, on the balcony of New York City's Federal Hall. Washington kissed the Bible used to swear him in, which set a precedent for future inaugurations. This tradition was broken, however, in 1853 by Franklin Pierce, who merely placed his left hand on the Bible.

The inaugural address has been an important staple of the ceremony, although the speech Washington delivered for his second term is on record as the shortest inaugural address at only 135 words. Apparently not one to be redundant, Washington's first address was nearly ten times as long.

Fireworks bought by many of the citizens in attendance lit up the sky to celebrate the first inauguration. The inaugural ball was held later on May 7, but Martha Washington was too busy overseeing the Washingtons' move to New York to make the celebration.

John Adams: “The most affecting and overpowering scene”

John Adams, sworn into office on March 4, 1797, enjoyed a fairly understated inauguration. He was the first president to receive the oath from the Chief Jutice of the Supreme Court, who at the time was Oliver Ellsworth. Adams confessed to his wife, Abigail, that it was “the most affecting and overpowering scene I ever acted in.” Adams wore a modest grey broadcloth suit, unadorned by showy buttons or buckles. He found himself outdone by George Washington, who appeared in a velvet suit, and Thomas Jefferson, who wore a long coat in a striking shade of blue.

Jefferson and Madison: The First Parades 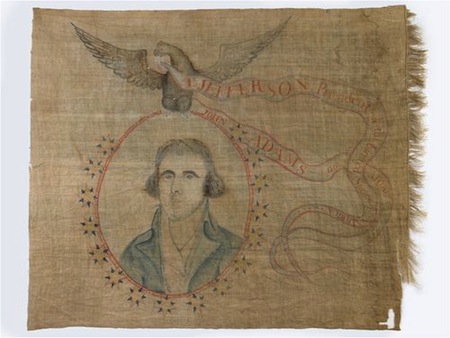 In 1801 Thomas Jefferson was the first president to take the oath in the new capital city in Washington, D.C. His inaugural speech was the first to be reprinted in a newspaper, the National Intelligencer. He also set a new precedent by arranging the time of the inauguration via written correspondence with Congress. The standard time for the inauguration to begin, however, is now set at noon.

Jefferson's second inauguration in 1805 concluded a grand inaugural parade. During the spontaneous parade, Jefferson walked from his boardinghouse to the Capitol building. James Madison's was the first official parade in 1809. Madison was marched to the Capitol by a cavalry troop from Georgetown. The official parade has since been a highlight of Inauguration Day. In 1837 Martin Van Buren was the first president to have floats at his parade. The parade became more inclusive over time; Abraham Lincoln's second inauguration in 1865 was the first time African Americans participated in the parade, while women joined the celebration in 1917 at the beginning of Woodrow Wilson's second term. 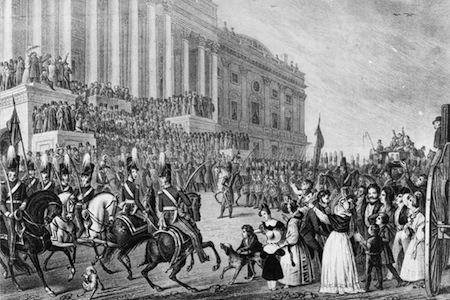 The inauguration of William Henry Harrison in 1841 proved to be a an event with fatal consequences for the president. Harrison issued the inaugural address outdoors during a snowstorm without hat, coat, or gloves. He went on for nearly two hours, sealing the record for longest inaugural speech. His address was so long that he started speaking, paused to take the oath, and then finished his speech. The consequence of his verbosity and his long night at the balls was a deadly case of pneumonia. Harrison passed away a month later on April 4, 1841.

Andrew Johnson, when he was Lincoln's vice president, was told to have a strong drink at the president's 1865 inauguration because he wasn't feeling well. He might have felt better once he did, but he also went on to deliver a rambling and incoherent speech. When Ulysses S. Grant's inaugural ball was held on a cold night, the venue was unfortunately unheated. This time, however, the only casualties were the canaries that were brought in for the party and ended up freezing to death. James Buchanan was also ill at his inauguration in 1857, but from a different sort of condition: he had diarrhea.

Towards the Digital Age 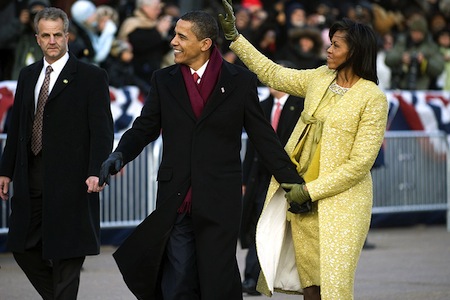 The television age also led to two important firsts for the inauguration in the media. Harry S. Truman's inauguration address was the first to appear on TV in 1949. The first color broadcast was in 1961 with John F. Kennedy. Now the inauguration streams live over the internet as well, which happened for the first time in 1997 for Bill Clinton's second inauguration.

President Obama's second inauguration promises to be another memorable start to a presidential term. He has released a Spotify playlist featuring some of his favorite artists, including many who will perform for Inauguration Day. There's even an Inauguration Ceremony app for the iPhone that includes, among other features, a port-a-potty map for the big day.