Channeling George: On Friendship with the Opposite Sex

Thomas Fleming has been publishing reports on his midnight conversations with George Washington in HNN since 2011. It is one of our most popular features. 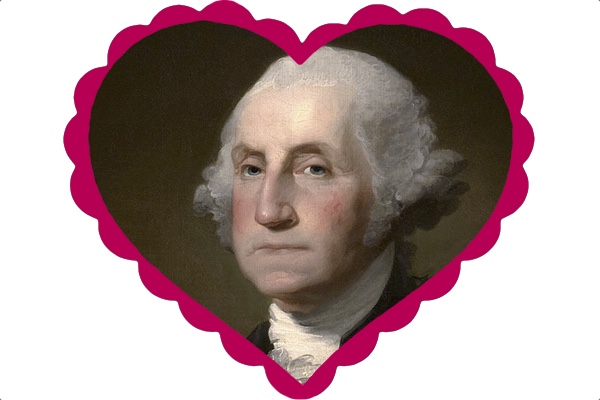 As we approach President’s Day, do you remember a time when you were glad you agreed to be president?

I was glad from the first day, because I was convinced the country wouldn‘t survive without a strong president. That’s why I leaned on Jemmy Madison to make the office as strong as he could get away with, in spite of nervous makers like Elbridge Gerry and Tom Jefferson.

I understand that kind of gladness. It was crucial to the country’s future. I’m thinking of a moment when a special sort of happiness surged into your heart.

Now that you mention it, there was a moment I’ll never forget.

Can you tell us about it?

It happened after we left Philadelphia, the nation’s capital at the time. We were still unpacking at Mount Vernon when I received a very bold letter. The writer was Elizabeth Powel, the widow of the mayor of Philadelphia and a good friend. She was also something of a tease.  She had bought a handsome rolltop French desk from our Philadelphia residence. It didn’t fit into Mount Vernon’s Virginia country style. In a secret drawer she had found a packet of letters which she said were written to me by a lady!

This sounds rather alarming.

That was the purpose of  her letter. She added about four exclamation points after the word lady. She claimed to be shocked to discover that I, who never made a single mistake as president, could commit such a blunder.  Finally she informed me she was describing a large bundle of  letters written to me by Mrs. Washington.  She went on to assure me that she had not read a line of any of the letters and would show them to no one until she came to Mount Vernon and delivered them safely into my hands.

What did you do?

I showed the letter to Martha and she started to laugh. I grew a bit exasperated and asked her what she found so amusing. She said that they were  letters she had written to me when I was away on presidential trips to New England and the South, among other destinations.

That sort of cleared the air, I suppose. Did you tell this to Mrs. Powel?

I’m quite certain that playful lady knew it when she wrote me her letter. I decided I would give her a taste of her own medicine. In my response I solemnly thanked her for rescuing these letters.  I told her that she need not worry about them shocking anyone. If some curious ladies or gentlemen read them in search of romance, they would have to strike a match to them to get any real warmth.

I went on to explain that I meant the letters were based on something more important than romance – – friendship. In my time – and  I wouldn’t be surprised to find out that it also often applies in your time – – genuine friendship between a man or woman was considered impossible – or at least very rare.

Why was that the case?

Because most people assumed that the sexual side of things got in the way. But that’s naïve, especially when you applied it to a marriage. In my day, friendship between a husband and a wife meant something very special. A friend was someone to whom a man or woman confided their thoughts and feelings without reserve, confident they were talking to someone who would do the utmost to understand and sympathize with what they were saying, on all possible levels.

Did you and Mrs. Washington achieve this kind of friendship?

That day at Mount Vernon, I think we both realized that the years had deepened the word friend until it had become a synonym for happiness.  Much as I enjoyed the wonderful line Henry Lee floated at my funeral - -first in war, first in peace, first in the hearts of  his countrymen – one person was always first in my own heart. Without Martha, my presidency would have been an ordeal, possibly a failure. That’s what I told Mrs. Washington – and Mrs. Powel – on that memorable day at Mount Vernon.

This will make good reading for Valentine’s Day – as well as President’s Day!