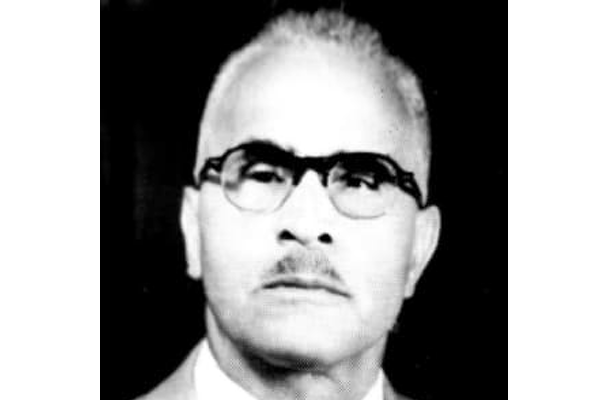 Atop a hill on the southwest part of Lynchburg, “Hill City,” there sits on Garfield Avenue a small educational institution with a rich, storied history: Virginia University of Lynchburg (VUL). It comprises three old and weathered buildings, each much in need of repairs—Graham Hall, Humbles Hall, and Mary Jane Cachelin Memorial Science and Library Building. It is there that part of the story of the dispute between black separatists and black accommodationists was fought—a dispute centered on the disparate views of Booker T. Washington and W.E.B. Du Bois concerning disfranchisement of Blacks.

Washington, an erstwhile slave, argued for accommodationism—for a sort of bootstrapping. He resisted the temptation to challenge directly the injustices of Jim Crow laws and black disfranchisement. In his famous “Atlanta Compromise,” he maintained that Blacks ought to challenge racial injustices by tardigrade progress through “industrial education, and accumulation of wealth.” His approach was conciliatory, not aggressive. He said in his Atlanta address: “To those of my race who depend on bettering their condition in a foreign land or who underestimate the importance of cultivating friendly relations with the Southern white man, who is their next-door neighbor, I would say: ‘Cast down your bucket where you are’—cast it down in making friends in every manly way of the people of all races by whom we are surrounded.” Blacks could in time eliminate racial injustices by gradual integration in white society through learning industrial skills, vital in the Southern economic climate.

W.E.B. Du Bois began as a proponent of Washington’s conciliatory approach to racial injustices. Yet he soon strayed from Washington’s conciliatory approach, which was too tardigrade, conceded too much the interests of Whites, and did too little to address disfranchisement, lynching, and Jim Crow laws. In his watershed book, The Souls of Black Folk, Du Bois maintained that the separate-but-equal policy was itself proof of Blacks’ inequality. In an obvious poke at Washington, he stated, “To make men, we must have ideals, broad, pure, and inspiring ends of living, not sordid money-getting, not apples of gold.” Education was his vehicle for racial reform. “The function of the Negro college, then, is clear: it must maintain the standards of popular education, it must seek the social regeneration of the Negro, and it must help in the solution of problems of race contact and co-operation. And finally, beyond all this, it must develop men.”He argued that the “Talented Tenth,” a group of highly educated Blacks, in time would change more rapidly the racist landscape.

Johns we know attended VUL when it was Virginia Theological Seminary and College (VTSC, est. 1886) as an educational institution that trained young black men in theology. The year of matriculation was 1912. The institution was separatist in ideology, and that probably appealed to Johns who was no stranger to antagonism. Says Ralph E. Luker in “Johns the Baptist”: “The transfer [to VTSC] was crucial to his development and would shape his career for another two decades, for Virginia Seminary challenged Virginia Union’s cooperation with Northern white Baptists with coeducation of men and women, an emphasis on the liberal arts, and unceasing devotion to African American autonomy.” Johns entered the seminary, but was expelled permanently from VTSC for rebelliousness in 1915. The school at the time focused heavily on study through Greek and Latin.

Having left the seminary, he matriculated at Oberlin College in 1915, where he received an education that, Luker says, “no one of color might have found anywhere in Virginia and won honors among his classmates.” Johns graduated in 1918 and thereafter studied theology for a year at the University of Chicago’s graduate school.

Johns revisited VTSC in 1919 and taught homiletics and the New Testament. He became pastor of Court Street Baptist Church in 1920 and kept that position till 1926. In a 1920 letter to Professor G.W. Fiske of Oberlin College, he writes of his appointment, “My sailing at present is smooth with no clouds insight, and my prayer is that I may do some good on the voyage and at last be granted a safe harbor.”  In 1923, he was removed from the faculty of VTSC on account of harsh criticism of their curriculum. He removed to West Virginia, New York, and then to North Carolina, where he married. He returned inauspiciously to VTSC in 1929—the year of the Great Depression. For five years, he functioned as president of VTSC. In 1933, he was forced to resign, due to students’ protests—they striked until Johns was dismissed—and the financial impoverishment of the institution. Formal complaints were these: “We want a president whose presence on the campus will be a source of joy and not intense displeasure. We want a president who will not regard students and trustees as enemies of the school simply because they oppose or object to certain of his policies or actions. We want a president who will not convert classrooms into coal bins and chicken houses. … We want a president whose remarks to students in chapel services will be advisory and not adverse criticism or lambaste. We want a president who will not stoop to the use of profanity and vulgarity in addressing the students in chapel services and in the presence of young women on the campus.” Johns, it is obvious, was not a popular president.

In 1937, Johns began a second appointment at First Baptist Church in West Virginia, where he caught and sold fish, fishmongery, for additional income. In 1941, he again returned to Lynchburg as pastor of Court Street Baptist Church. He was removed from that position in 1943, after disputes with laymen.

When his wife Altona Trent Johns joined the faculty at Alabama State University’s Department of Music in 1947, Johns became pastor of the esteemed Dexter Avenue Baptist Church. There he continued his rebelliousness with incendiary speeches (e.g., “Segregation after Death” and “When the Rapist Is White”) and loud actions in protest of racial discrimination. Johns, never again holding a pastorship, resigned in 1952, due once again to unrest from his congregation. He was eventually succeeded by Dr. Martin Luther King, Jr. Johns died from a heart attack on June 10, 1965 in Washington, D.C.

What of Johns the man?

The pattern of his life, as the short biographical sketch shows, reveals that Johns could never stay in one place too long. Why? His message for racial equality was direct and unbending, and his vision was broad and far-seeing. As biographers Partrick Louis Cooney and Henry Powell note, “He had a natural ability to be socially insensitive to people individually, yet, at the same time, caring mightily for them as a group.”

Yet that seems understated. Johns was so lost in the end he pursued, eminently just, that he could not see a suitable means to achieve that end. He alienated both Whites and Blacks who were impassioned advocates of civil rights. At a convention of white and black preachers in Baltimore in 1960, Johns objected to a talk by a white minister. “The thing that disappoints me about the Southern white church is that it spends all of its time dealing with Jesus after the cross, instead of dealing with Jesus before the cross. … I don’t give a damn what happened to [Jesus] after the cross.” Though he might have been right, the comment offended almost all present. Again, aiming to democratize the elitism of Du Bois, he asked in effect all Blacks in their own way to be part of the Talented Tenth, and he was asking too much of them. At Dexter Church, he earned the reputation, as one biographer notes, of a “‘militant guy,’ who exhorted the congregation like a ‘whirlwind’ to get involved in social issues.” Martin Luther King, Jr., wrote of Johns: “A fearless man, … he often chided the congregation for sitting up so proudly with their many academic degrees, and yet lacking the very thing the degrees should confer, that is, self- respect. One of his basic theses was that any individual who submitted willingly to injustice did not really deserve more justice.”

Johns was a critical figure in the push for racial equality, chiefly because he was not merely a pusher, but also a shover. Never afraid of offending others, chiefly the Whites with whom he sought equality, he challenged Jim Crowe laws by bringing to trial Whites accused of raping Blacks, sitting with Whites in the front of a bus, and entering Whites-only restaurants. He also consistently offended black students and parishioners by demanding of them the sort of deeds that only a person of bulky courage, vision, and abilities, like he, could do.

Though a critical figure, he was never politically mainstream in the Civil Rights movement. He was kept from political involvement in racial injustice, because, while he praised many Blacks’ literary and intellectual achievements, he railed against general black indifference to or noninvolvement in civic issues.

Johns was also hampered by his large intellectual capacity. Self-educated as a boy, he came to learn Greek, Latin, Hebrew, and German and committed to memory lengthy biblical passages and numerous quotes from philosophers from antiquity, Shakespeare and other poets, sermons, and other literature. Yet his prodigious intellect generally made him largely inaccessible as professor, school president, and pastor, and he seems to have made little effort to make himself accessible—a problem shared my numerous others with large intellection.

Johns was also off-putting because he was a strange admixture of husbandman and preacher. He loved the land. Brought up on a farm, he was always a farmer and fisherman at heart. He would unabashedly sell his farmed goods and fish at his churches and at the various schools he attended. Many thought that that was pompous and untoward.

Moreover, Johns was restive—always aiming to be a harbinger of outsized change—and he had to instigate that change in his own, inimitable manner. Of prodigious intellect and unsubtle and uncomfortable with compromise, he irritated and angered Whites, and did the same with Blacks, and so he was less effective as a harbinger of change than he would have been had he been less intelligent, more subtle, and open to compromise. His successor at Dexter Church, Martin Luther King, Jr., fortunately possessed those qualities that Johns lacked.

Finally, Johns was an enigma, because he stood solidly for civil rights, but it was never quite clear what his modus operandifor Blacks was. He was no accommodationist, but he also did not fit squarely into the separatist mold. He might best be categorized as an antagonist or a revolutionist, who championed swift and decisive counteractions to unjust actions. In a sermon delivered after the shooting of a black man by a white officer in 1948, Johns reminded his congregation that one of the Ten Commandments was “Thou shalt not kill.” He added that God did not qualify that commandment with “unless you are a police officer” or with “unless you’re White.” Johns then added: “I’ll tell you why it’s safe to murder Negroes. Because Negroes stand by and let it happen.” Johns was arrested for instigation. He was seen as a threat to the white status quo and he also managed in the process to offend his black congregation by his statement that Blacks would not act.

Was Johns a failure because he could have been a greater harbinger for change had he had aimed for subtlety and conciliation?

Johns once said, “You should be ashamed to die until you’ve made some contribution to mankind.” Thus, Johns throughout his life strived to improve not just Blacks’ condition, but the human condition. Johns lived up to and greatly exceeded that mark. In doing so, he has set a high mark for us, irritated today by injustices of any sort, to match.