Wallace Hettle is a Professor of History at the University of Northern Iowa. 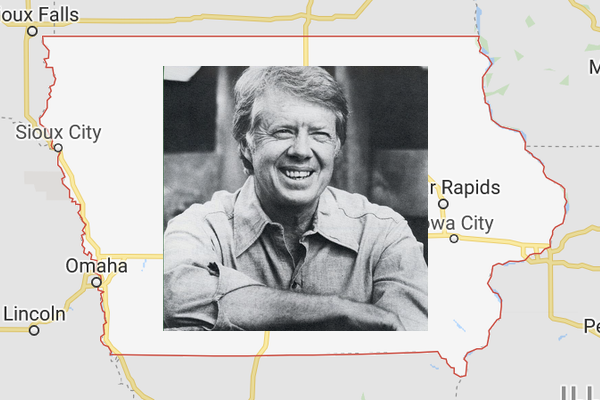 Every four years, the country witnesses what should be an inspiring ritual: Iowans like me brave the cold winter night, gather in school gyms, and talk about politics with their neighbors. But there is another ritual that also merits our attention: the condemnation of the Iowa precinct caucuses coming from around the country. Such critictism comes from the political right and the left.

There are many good reasons to oppose the caucuses. After all, is impossible to justify the same state going first each time, since it undermines the spirit of equality that is supposed to be crucial to American government.

Further, Iowa is unrepresentative--disproportionately whiter, older, and more rural than the country as a whole. Finally, people with work or childcare responsibilities at night are out of luck. In this system, even the Democrats are undemocratic.

Unlike primaries, the caucuses are a Rube Goldberg machine; that is, they are a complicated system designed to do something simple.  If parties were starting from scratch, they would do better to create something more like a primary. Historians can tell you, though, that politicians never start from scratch. Our caucuses are the product of historical accident, rather than conscious design.

The accident began at the Democratic convention in Chicago in 1968. With cameras rolling, police officers attacked young activists who opposed the Vietnam War.   Meanwhile, the party leadership, still loyal to war President Lyndon B. Johnson, nominated Vice-President Hubert Humphrey, whose position on the war was ambiguous at best.  To protesters and much of the press, it appeared that Humphrey had been hand-picked by unelected pro-war Democratic Party leaders in a secretive process.  Meanwhile, police violence against dissenters and even reporters on the streets outside the Convention escalated into chaos.   The spectacle looked terrible to millions of voters watching on television, and the mess contributed to the Democrats’ defeat that fall.

Something had to give.  While caucuses and primaries happened in a few states by 1968, most state parties used a smorgasbord of methods to insulate the nomination process from popular control.  Often conventions featured multiple ballots in which delegates, not voters, made the final choice of a nominee.  Now, more state parties began choosing their convention delegates through primary votes meant to empower average voters.  Others turned to party caucuses.  In these, at least in theory, party enthusiasts and volunteers led the proceedings.

In 1972 and again in 1976, Iowa’s precinct caucuses happened first by historical accident. Put simply, the complexity of the state’s system for selecting national delegates, which is unknown to most of the public, generates a lot of meetings. The now-familiar precinct caucuses are only the start of Iowa’s system for selecting delegates, which continues long after journalists have left the state. Jimmy Carter (or rather his young adviser, Hamilton Jordan) thought a win at the caucuses could generate momentum by bringing media attention early in the process.  Jordan believed that early notice in the press was essential for a candidate to gain traction in a crowded field of presidential hopefuls.  The story is well-known: Carter focused on the state and did well in the caucuses, which set him, an unknown, on the path to the nomination. Presidential hopefuls have flocked to the state ever since.

However, Carter’s story is not quite that simple. First, Carter didn’t exactly win. He received about 27% support, putting him in second place behind an always formidable opponent:  “undecided.” The forgettable Birch Bayh of Indiana finished third, ahead of a large but thoroughly mediocre group of challengers.

Those county conventions are all-day affairs which happen long after the media has moved on. County delegates often get the job not because they want it, but because of pressure from their neighbors.  They may have to change their vote because their candidate has dropped out and that disheartening fact can create no-shows. Yes, there are alternate delegates, but things can go wrong.

In other words, Carter won a glorified straw poll.  Nonetheless, his staff touted the caucuses as the will of the people, and Iowans had no reason to disagree. The caucuses did help Carter did get a big media bounce.  Yet the burst of attention he received happened because he also won the New Hampshire primary, which was then the traditional indicator of early strength.  Without Iowa, New Hampshire alone would have put him on the map.

Carter’s success actually happened because he was the perfect post-Watergate candidate. He was an evangelical who promised never to lie to the public. He was a naval veteran, a former nuclear engineer, and a peanut farmer.  As a former Governor of Georgia, he seemed to be a Washington “outsider” at a time when public disgust with politics was at its zenith.

Importantly, Jimmy Carter’s success also happened because he was a moderate, even conservative, by the standards of his party. Democrats, still smarting over their landslide loss of South Dakota liberal George McGovern in 1972, believed, correctly, that Carter could win by moving the party to the right. Ironically, in 1972 McGovern had himself performed well in Iowa, finishing second to Edmund Muskie, but received little acclaim for it in the media.  In 1976, the Carter campaign touted the event, and reaped the benefits.

Iowa may be crucial to the nomination system today, but it still mirrors the caucuses in 1976 in one important respect:  it was a media event. It mattered, not because it produced delegates, but because it gave Carter media attention.  The caucuses were real politics in the same way that Celebrity Apprentice was reality television.    The Chicago protesters in 1968, while being pummeled by the police, chanted “the whole world is watching.”  And it was. Party reformers changed the system after 1968, but with an unintended consequence.  Today, the whole world is still watching, but they are watching Iowa.

If you are a blue-state Democrat and you don’t like our system, you can try to make it go away.  Iowa’s status is always in danger, and yet the caucuses continually survive, maybe because Iowans care more.  We don’t have an NFL franchise, and we deserve to watch something.

Or, voters can ignore the caucuses. In 2008, John McCain skipped the caucuses, which he viewed as a lost cause given his opposition to tax credits for ethanol. He won the Republican nomination. Michael Bloomberg, a far richer man than Donald Trump, has launched the extraordinary experiment of skipping the first four states and saturating the big media markets.

Most pundits would tell you Bloomberg is doomed to fail, but you have to admire the impulse. He is ignoring us, which is probably the best way to minimize our importance. His strategy seems smarter than that of former Maryland U.S. Representative John Delaney, who has spent nearly two years wandering the state to little avail. Parents will tell you to ignore a toddler’s tantrums if you want them to stop. Twitter users know that they should refuse to feed the trolls; to do otherwise would be to reward bad behavior.  If you really don’t want to spend the evening of February 3 hearing media chatter about which candidate exceeded expectations, it’s on you.  Go to a bar, go bowling, read a novel.  I love my adopted state, but I have faith that the country is ready to choose a nominee without our help.