The Decline of the Humanities and the Bleach-Drinking Epidemic

by Lior Sternfeld and Mana Kia 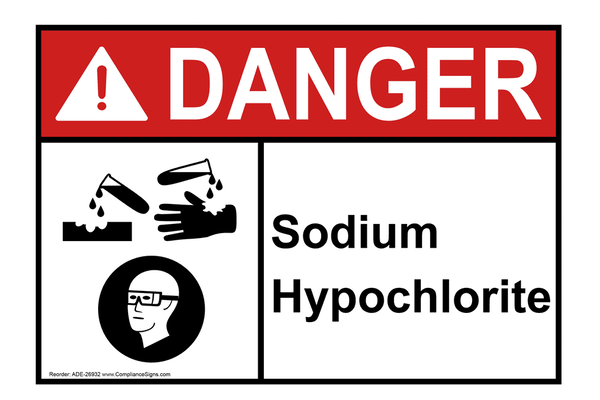 Something is broken. Our President recently suggested that injecting “disinfectants” could protect Americans from the Coronavirus. Trump’s remarks may have been influenced by a letter he received from Mark Grenon, who sells “Miracle Mineral Solutions” containing industrial bleach as curatives for ailments ranging from cancer to autism to, coincidentally, the coronavirus. During his vague remarks, Trump never directly advocated “drinking bleach.” However, public health officials, having heard him refer to bleach in a separate tangent, felt compelled to urge the public not to ingest bleach or other household disinfectants. Nevertheless, many (displaying the same critical thinking as the President) have followed the suggestion, as if it were not obviously preposterous and harmful. How has it come to this?

For some decades, we’ve seen the slow and steady decline of the humanities and the recognized value of a liberal arts education more generally. In the past decade, the Chronicle of Higher Education and the American Historical Association have reported time and again that departments are being merged and closed, as they see the number of majors shrink by 30 to 50 percent. Perhaps it just anecdotally related, but the decline started when tuitions started to rise, when neo-liberalism took over university administrations, and corporate mindsets started to rule institutions of higher education. On the one hand, corporate-minded administrations measure faculty for their productivity (quantity over quality), and, on the other hand, they charge an arm and a leg for the right to study. This is the case even at public institutions, whose very existence ostensibly serves a social mission. (One of us is lucky to be part of a public university that constantly invests in and expands its College of Liberal Arts and the Department of History).

To justify skyrocketing tuitions this corporate system of rule created an equation between acquisition of a university degree and ability to generate high income afterwards. The system’s failures have grown increasingly apparent, but it has succeeded in defining the ground upon which the humanities have had to justify their existence. Various departments have striven to prove that their graduates can secure positions that allow them to earn salaries high enough to pay back the loans they took out to cover tuition.

This has resulted in the proliferation of new tracks defined by the labor needs of Wall Street banks,  corporations, think tanks, and numerous industrial sectors from health care to tourism. In other words, humanities departments had to re-invent themselves according to a commodified logic of value that does not recognize the true value of the humanities, how they relate to other fields of knowledge, and how, together, the arts and sciences are necessary to the holistic well-being of society.

This logic of profit margins simply cannot explain the centrality and value of the study of the humanities to the creation of a thinking person. Aside from being crucial to the cultivation of skills such as problem-solving, innovation, forethought, and insight, at a very basic level the humanities cultivate critical reading and thinking skills that create a more responsible consumer of news, a person that—simply put—would not drink bleach to fight a virus. Studying the many branches of the liberal arts – the sciences, social sciences, humanities, and the arts, in a balanced combination—helps students think about current events as part of longer and larger processes. It outfits them with intellectual tools of analysis, critique, and creative thought, and teaches them to think in more sophisticated and broad-ranging ways about power relations, outcomes of particular courses of actions, and their implications.

This moment provides a chance to pause our current direction, to rethink what is of value to us, and to reinvest in our future. Corey Robin’s recent piece in the New Yorker makes the case for investing in public education especially during a financial crisis (not putting it on the chopping block first). Investment in public infrastructure is well known for being a smart way to handle recessions. Proposals by Senators Bernie Sanders and Elizabeth Warren regarding tuition-free public universities and colleges, and the willingness of Vice President Joe Biden to consider major policy changes regarding funding of public institutions of higher learning, followed by a bill recently introduced by Michigan governor Gretchen Whitmer that offers free tuition to all first-responders, show how it is past time that we, as a society, address this crisis.

We argue that this investment can reinvigorate universities while providing the best means by which to prevent the broad public ignorance that is manifested these days by the willingness of people, apparently from the President down, to treat recommendations to drink bleach as sound advice. Regardless of specialization, even in business or engineering, university training should include, as a core component, a liberal arts program. Within the liberal arts, we must preserve the holistic relation of music to math, or between economics and philosophy, for instance. A relinking of the humanities, social, and natural sciences can help build a healthier and smarter society more capable of navigating distressingly unreliable public information. It will also allow beleaguered humanities departments to recreate themselves on a different basis. Ideally, departments and disciplines will step up to consider their relation to one another, their synergistic strengths and complimentary work. This must be a broad-based discussion, one that is between disciplines and professional fields.

This is not an advocacy for indoctrination, but for better socially-oriented graduates. Discussion on policies and ideologies will be more productive for all when the sides are informed and able to see and think through matters. The return may or may not in making big bucks in post-graduation, whose guarantee was always more a fantasy than a reality, but the purpose is something more important, like repairing the backbone of American society so that someday, more of us may be able to stand up, hopefully, together.