The Mississippi Flag and the Shadow of Lynching

David T. Z. Mindich is the chair of the journalism department at the Klein College of Media and Communication at Temple University.  He is the author of three books, including Just the Facts: How "Objectivity" Came to Define American Journalism, which devoted a chapter to Ida B. Wells and lynching. 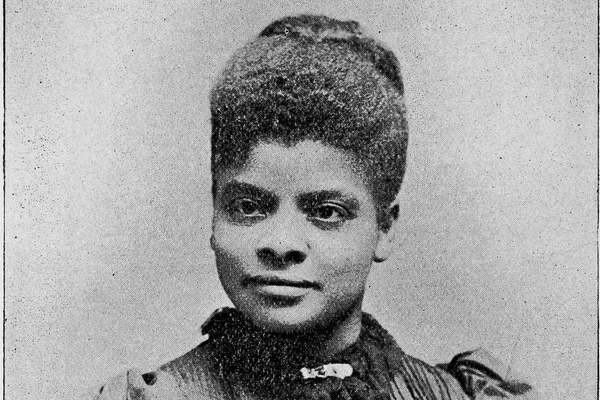 The Mississippi flag, which has now seen its inglorious end, first flew its Confederate design in 1894, a busy time in the south for mythmaking about white supremacy.

The year 1894 was also near the peak of one of the most evil and grotesque practices in American history: lynching. During a 14-year stretch from 1886-1900 more than 2500 people, mainly black men, were tortured and killed by mainly southern white individuals and mobs that faced almost no consequences. The tortures were horrific; mobs burned some men alive, others castrated them.  One woman in Texas was “boxed up in a barrel with nails driven through the sides and rolled down a hill until she was dead,” wrote Ida B. Wells, the leading anti-lynching crusader of the time.

As lynching rose, the white south was busy creating monuments and flags that asserted white supremacy and white innocence.  The myth of black culpability in the crimes against them was so pervasive that nearly everyone, including Frederick Douglass, believed it, according to the autobiography of Ida B. Wells.  If the great Douglass believed the myths, you can rest assured that they were almost universally shared. Even Ida B. Wells believed them, until a mob lynched three Black grocery store owners in 1892 near her home in Memphis.

Thomas Moss, who Wells knew well—she was his daughter’s godmother—was one of the three Black owners of the People’s Grocery Company.  A competition and tension grew between that store and a white-owned one.  The People’s Grocery workers were increasingly harassed by their white neighbors and scuffles broke out, culminating in a mob of whites surrounding the store and shooting at it.  Someone inside the store shot back and three whites were injured.

The three Black men and a few others were arrested. Egged on by the white-owned media, a lynch mob stormed the jail and lynched the three shopkeepers. Moss, understanding that Memphis was no longer safe for his people, made one last request to his killers: “Tell my people to go West,” he said. “There is no justice for them here.” The lynching and these prophetic words led many Black Memphians to leave the city in 1892.

The lies told about Black men were repeated over and over across the south and dutifully reprinted in the northern press.  Black men were lynched, the myth went, because they were raping white women. “The crime for which negroes have frequently been lynched and occasionally been put to death with frightful tortures,” wrote The New York Times in an 1894 editorial, “is a crime to which negroes are particularly prone.”

Wells, through her investigations, discovered a very different reality that can be summarized by two key findings.  First, rape was not usually the stated cause, and when it was, it was often not charged until after the lynching had occurred. Second, when an actual relationship between a Black man and a white woman existed, it was a generally a consensual one.

“Nobody in this section believes the old thread-bare lie that Negro men assault white women,” wrote Wells in an unsigned editorial in her newspaper, The Free Speech and Headlight.  “If Southern white men are not careful they will over-reach themselves and a conclusion will be reached which will be very damaging to the moral reputation of their women.”

“The black wretch who had written that foul lie should be tied to a stake,” wrote The Memphis Commercial Appeal, “a pair of tailor’s shears used on him and he should then be burned at a stake.” A mob destroyed the newspaper’s presses and Wells fled the city.

As the Mississippi flag was going up in 1894, Ida B. Wells was working as a one-woman force to change the narrative. She had spent years traveling around the south investigating lynching, and had narrowly escaped death herself. In 1894, she was wrapping up her speaking tours. “I found myself physically and financially bankrupt,” she wrote.

Wells had concluded, backed up by evidence, that Black lawlessness was a myth.  Instead, Wells wrote, the real reason behind lynching was white terrorism due to economic competition, just like in the case of Thomas Moss and his grocery store.  The sacking of Tulsa’s Black Wall Street years later in 1921 can be seen as economics-driven terrorism too.

At this point in the story, it would be satisfying to hear that Ida B. Wells convinced the nation and changed the narrative.  But this would be only half true. The Black press told the story and the truth about lynching spread widely among people of color.

But the white press doubled down on the lies. In 1894, the year that the Mississippi myth-making flag was going up, The New York Times called Wells “a slanderous and nasty-minded mulattress, who does not scruple to represent the victims of black brutes in the South as willing victims.”  Politicians, newspapers, and historians painted the picture of a heroic south needing to rein in lawless Blacks, a racist view echoed by the film Birth of a Nation in 1915, and persisting even in our own time when Trayvon Martin, Eric Garner and other victims of violence, are demonized.

But in 2020 the Mississippi flag is coming down and so are the myths. Nikole Hannah-Jones won a Pulitzer Prize for her central essay in the 1619 Project, which seeks to change the national narrative on race.  Ida B. Wells herself won a posthumous Pulitzer Prize this year, more than a century overdue, but better late than never.  Lynching helped to raise the odious flag in 1894.  But in 2020, hundreds of thousands of marchers protesting the lynching of George Floyd brought the flag down.  Maybe, just maybe, this will be remembered as an era of change.