Yes, Even George Washington Can Be Redeemed

Richard Lim is the co-founder and host of the This American President podcast. 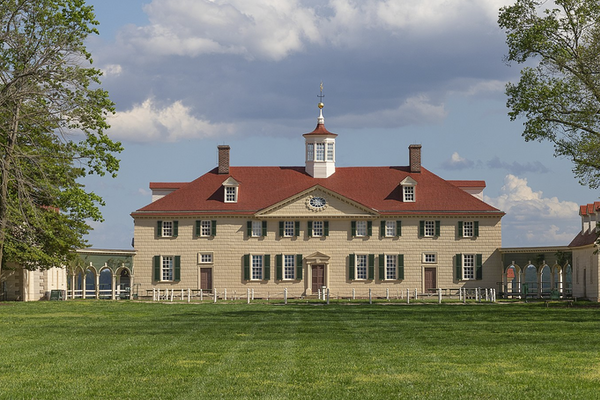 George Washington was a slaveholder.

For some Americans, this is reason enough to exclude our first president from the national pantheon.

According to one poll, 18 percent of respondents believe he should be removed from Mount Rushmore. Others expressed themselves by defacing or toppling Washington statues.

Are these critics right?

On the surface, it might seem so. American slavery was inexpressibly gruesome. Accounts from the time reveal the horrors of enslaved African-Americans being separated from their families, violently beaten, routinely raped by their owners, subjected to monotonous, backbreaking labor, and forced to live in filthy dwellings with no hope for improvement.

This was reality for millions of American blacks.

Washington benefited from slavery his entire life. He bought and sold slaves and sought to reacquire runaways. These facts are undeniable.

Does this make Washington, as a New York Times columnist states, a “monster”?

This critique fails to account for the specifics of Washington’s personal journey. Within the tragic reality of his owning slaves lies a unique and unexpected story.

Like his fellow southerners, Washington was born into a society that accepted slavery. It is true he expressed no qualms about the institution until the American Revolution, but once he did, an extraordinary transformation began.

The earliest change perhaps can be detected in Washington’s correspondence with Phillis Wheatley, an African-American poet who had composed verses dedicated to him. Washington wrote to her in 1776 praising her “great poetical Talents” and expressing his desire for a meeting. The request broke strict etiquette between slaveholders and black people.

Their correspondence highlights something Washington understood about African-Americans lost upon his contemporaries: their abilities and humanity. Compare Washington’s reference to Wheatley’s “genius,” with Jefferson’s harsh assessment that her poems “are beneath the dignity of criticism.”

Many of Washington’s closest associates during the war opposed slavery, such as Alexander Hamilton and Lafayette. These individuals inclined Washington against the institution. Perhaps the greatest influence, however, were the many black people that served courageously during the war.

After the Revolution, Washington began to speak of slavery in moral terms. He pondered ways to provide slaves with “a destiny different from that in which they were born.” He hoped such actions, if consummated, would please “the justice of the Creator.”

Washington freed his slaves at his death—but this raises two questions: first, why didn’t he do so in his lifetime, and second, why didn’t he speak against slavery publicly?

First, we must note that Washington detested breaking up slave families, making it a policy not to do so. He realized, however, that freeing his slaves might make family breakups inevitable. Most of the slaves at his estate, Mount Vernon, belonged to his wife Martha’s family, the Custises, which meant he couldn’t legally free them. At Mount Vernon, Custis and Washington family slaves often intermarried. The Custis heirs regularly sold slaves, breaking up their families. Washington knew that if he liberated his slaves, some in the slave families would be free while the others would remain enslaved in Custis hands, vulnerable to being sold (which eventually happened).

Mary V. Thompson's excellent book The Only Unavoidable Subject of Regret recounts that, as president, Washington developed elaborate plans to emancipate his slaves. Secret letters to family friend David Stuart reveal Washington trying to convince the Custis heirs to join him in manumitting their slaves together, preserving the families, and hiring them out to tenant farmers. Unfortunately, talks with potential tenants fell through. Washington continued to agonize over a situation where emancipation meant separating black family members.

Second, we must note, while many founders were antislavery, several sought—threatening disunion—to protect the institution, such as South Carolina’s John Rutledge. This left antislavery founders in a difficult situation. They believed the nation could win independence, initiate a risky experiment in self-government, and survive in a dangerous world (threatened by predatory British, Spanish, and, later, French, empires) only by uniting the strength of every state into one union. This necessitated compromises with slave states during the founding, most notably in the Constitution.

Pulitzer Prize-winning historian Joseph Ellis believes these concessions were necessary, writing “one could have a nation with slavery, or one could not have a nation.” African-American leader Frederick Douglass saw the utility of the union the founders crafted, compromises included, arguing that, if the states separated, northern antislavery forces could less effectively influence southern slavery.

Washington believed slavery was so divisive that it threatened the nation’s existence, potentially ending any hope of liberty for all Americans. He had good reason to believe this—during his presidency, an antislavery petition signed by Benjamin Franklin provoked much southern outrage.

Washington couldn’t find a satisfactory solution to slavery in life, but he sought to do so upon death. In his will, he ordered that his slaves be freed, the young be taught to read and write and to learn certain trades, and the orphaned and elderly slaves be provided for permanently. He forbade selling any slave “under any pretense whatsoever.”

These were revolutionary acts—educating slaves threatened the entire system. It revealed Washington’s belief that black people could succeed if given the chance. Again, compare this to Thomas Jefferson who once said they were “inferior to whites in endowments both of body and mind.” Jefferson and other Americans, including Abraham Lincoln, believed the two races couldn’t coexist and that the answer was to recolonize African-Americans abroad. Washington never supported these ideas and his will reveals he envisioned black people thriving alongside whites in America.

George Washington’s achievements are well known—winning independence, presiding over the Constitutional Convention, and serving as the first president. While we cannot ignore his participation in slavery, we shouldn’t discount his remarkable transformation into someone who wished for its abolition and took steps personally to make things right, becoming the only major founder to free his slaves.

We can acknowledge Washington’s monumental victories for liberty while recognizing his personal struggle with slavery. In this time of national angst, Washington’s story helps us understand how the same country that once held humans in bondage can also be the world’s greatest beacon of freedom.