D. G. Hart is Associate Professor of History at Hillsdale College. He is the author of Damning Words and Calvinism and the just-released American Catholic: The Politics of Faith During the Cold War. Follow him on Twitter @Oldlife. 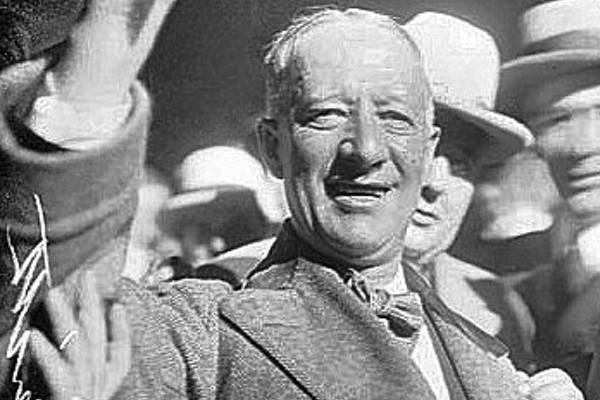 The candidacy of Joe Biden, a cradle Catholic, together with the nomination to SCOTUS of Amy Coney Barrett, a cradle, charismatic Catholic, have again raised questions about Roman Catholicism’s place in American politics.  Presenting too strict a faith can generate reactions like Mark Sumner’s at Daily Kos, who wrote in reaction to Barrett’s nomination that

the far right is so excited to see her name put forward [because] Barrett is a religious extremist, a member of a small sect that takes the inherent misogyny of traditional Catholicism and adds to it by doubling down with … more misogyny.

At the same time, Biden’s generic appeals to Christ or prayer barely register with voters and journalists accustomed to Christian rhetoric in political campaigns. A piece at NPR on how “Biden’s Catholic Faith Shaped His Life,” included a quote from John McCarthy, the candidate’s national deputy political director.  When McCarthy said, “It’s about the vice president being who he truly is, which is a Catholic and a deeply devout person of faith,” NPR’s reporter did not ask for an explanation. One way to account for the difference in coverage of Biden and Barrett is to acknowledge that a faith that inspires or comforts a politician is an easier sell than one that seems to challenge existing policies.

For some in the press corps, however, Biden’s faith needs more spice.  Elizabeth Bruenig at the New York Times, for instance, has argued that Biden needs to incorporate more of Pope Francis’ teachings into the Democratic nominee’s campaign.  “Mr. Biden could look to the example of Pope Francis as a model for a kind of Catholicity that is both pious and challenging to the powers that be — if he, or anyone else, were interested in that sort of thing.” For Bruenig,  Francis provides grounds for challenging America’s ruling class and Biden, who needs to move to the left, has spent too much time in the moderate middle.

That advice might make sense for someone like Bruenig, a socialist and relatively recent convert to Rome.  But the recent release of Fratelli Tutti, a papal encyclical that appeared after Bruenig’s column and that challenges Donald Trump’s brand of conservatism, raised the stakes of the columnist’s point.  Will Francis give Biden cover to move to the left?  Aside from differences between Republicans and Democrats over domestic policy, should a Catholic candidate aspiring to the presidency appeal to the papacy for support for public policy? The answer from American history is that for almost a century, Roman Catholic presidential hopefuls have distanced themselves from the church both to silence anti-Catholic critics and to affirm national norms.

John F. Kennedy likely set the standard for all Catholic successors when he ran for POTUS.  In 1960, the U.S. Senator from Massachusetts had to answer many critics who worried that a Catholic president could not uphold the Constitution owing to competing loyalties.  In fact, anti-Catholicism had received a new lease on life only ten years earlier when Paul Blanshard wrote the best-seller, American Freedom and Catholic Power (1949).  The author was no fundamentalist bigot.  His anti-Catholicism tapped reputable Protestant sources, such as those that accompanied him from Harvard Divinity School to Union Seminary (New York) and into the Congregationalist ministry.  Although Blanshard wound up agnostic, he believed Roman Catholics were a threat to liberal democracy and wrote a book to prove it.  This was the predictable objection to Catholicism, namely, that a higher religious loyalty conflicted with duties to uphold American law (for some reason, it never applied seriously to Bible-thumping Protestant politicians). In Blanshard’s mind, Rome stood for “antidemocratic social policies” that were “intolerant,” “separatist,” and “un-American.”  Perhaps the reason the book sold well was that Blanshard expressed what most white Protestants whether mainline or evangelical thought about Roman Catholicism.  Even Reinhold Niebuhr, who remains practically every faith-friendly politician’s favorite theologian, believed Rome’s “authoritarianism” was fundamentally at odds with the “presuppositions of a free society.”

Blanshard’s anti-Catholicism was hardly original.  The year before the 1928 presidential election, for instance, New York governor, Al Smith, the Democratic nominee, needed to answer a long article in The Atlantic by Charles C. Marshall, a prominent New York City attorney and lay Episcopalian that questioned whether a Roman Catholic could be loyal to both the Constitution and the pope.  Smith, who wondered “what the hell is an encyclical?” was blind sided. His reply, written with help by a priest who was famous for his service and heroism as a chaplain during World War I, was to affirm every point of the American creed and claim that no tension existed between American patriotism and church membership.  To the litany of quotations from papal pronouncements, Smith replied, “I have been a Catholic all my life and I never heard of these encyclicals and papal bulls.” On questions about his loyalty to American government, he blazed the trail for Kennedy: “I believe in the worship of God according to the faith and practice of the Roman Catholic Church” and “I recognize no power in the institutions of my Church to interfere with the operations of the Constitution of the United States.”  Smith added, he believed in “absolute” freedom of conscience and the “absolute” separation of church and state.

Even if Smith’s devotion was closer to the norm for most American Catholics than a supposed following of every utterance from the Vatican, Rome’s reaction to the American Jesuit John Courtney Murray indicated that parts of anti-Catholicism had merit.  Murray came on to the radar of the Vatican in the early 1950s when he tried to defang Blanshard’s book and demonstrate the harmony between the American Founding and Roman Catholic natural law.  In the process, he challenged the Vatican’s default position on religious freedom which, put simply, was “error has no rights.”  Murray’s ideas became sufficiently alarming that his superiors instructed him to stop writing about church and state.  Although Murray eventually served as an advisor to the bishops at the Second Vatican Council, his positions were suspect within the Vatican even as the bishops convened in Rome. When the Council eventually embraced religious freedom in Dignitatis Humanae, Murray’s views seemed to prevail.

Whether Vatican II also vindicated JFK’s earlier declaration of independence from church authority is debatable.  Although Murray had had to worry about offending his superiors, the church’s bishops offered no objections to Kennedy even when he said, before a body of Houston’s Protestant clergy: “I believe in an America where the separation of church and state is absolute, where no Catholic prelate would tell the president (should he be Catholic) how to act, and no Protestant minister would tell his parishioners for whom to vote.”  Chances are that Kennedy’s strict wall of separation was not what the bishops at Vatican II had in mind when endorsing religious freedom.  At the same time, Kennedy’s position of independence from the church has been the pattern over the last century for Catholic politicians in the United States.

This is not only true for public figures; Rome’s bishops have also come around to a position that the United States is not a nation in need of correction by the church but is in fact a beacon of freedom and hope for the world.   In 2015, when Pope Francis visited the United States and spoke outside Independence Hall in Philadelphia, he avoided a prophetic witness and chose words of inspiration.  He invoked the examples of Abraham Lincoln, Martin Luther King, Dorothy Day, and Thomas Merton to underscore themes of his own papacy.  He also declared that the Declaration of Independence’s famous words – “all men are created equal” – were on the side of such Christian ideals as protecting “the good of the human person” and “respect for his or her dignity.”  He confessed a hope that the United States would “continue to develop and grow, so that as many young people as possible can inherit and dwell in a land which has inspired so many people to dream.”  Francis was echoing what the American bishops had been affirming since 2012 when they launched the Fortnight for Freedom, an annual two-week period prior to Independence Day that called on American Catholics to recognize and express gratitude for the freedoms their nation protected.  “We are Catholics. We are Americans,” the bishops asserted. “We are proud to be both, grateful for the gift of faith which is ours as Christian disciples, and grateful for the gift of liberty which is ours as American citizens. To be Catholic and American should mean not having to choose one over the other.”

Joe Biden will likely do what JFK and Al Smith did, namely, fit his faith into the norms of American politics.  In fact, Biden did something like that in his acceptance speech at the Democratic National Convention:

We have a great purpose as a nation: To open the doors of opportunity to all Americans. To save our democracy. To be a light to the world once again. To finally live up to and make real the words written in the sacred documents that founded this nation that all men and women are created equal. Endowed by their Creator with certain unalienable rights. Among them life, liberty and the pursuit of happiness.

That may not be a vigorous expression of Roman Catholic conviction over and against the excesses of American society, but Biden is in a sense following the church hierarchy.  Since the 1960s, Roman Catholicism has provided more room for affirming America’s secular and liberal forms of government than the church ever did in the four centuries preceding Vatican II.