The Erosion of the Concept of Legitimate Opposition Undercuts Democracy

Jeff Kolnick (he/him) teaches history at Southwest Minnesota State University. Kolnick is a founder of the Fannie Lou Hamer National Institute on Citizenship and Democracy, and he served his faculty union, as a negotiator and as a local president. 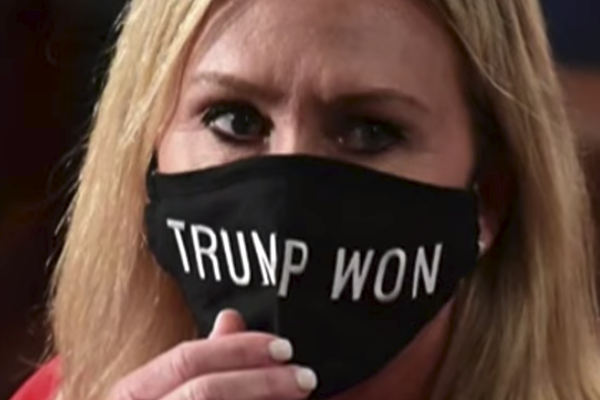 The United States has made many contributions to the world.  Consider the astounding contributions of the US to music, literature, theater, cinema, poetry, and two- and three-dimensional arts.  There have also been numerous and significant innovations in business, science, medicine, technology, education, political organizing and protests, and many other fields of endeavor. And then there is the National Parks Service. In 1959, historian Author Schlesinger Jr. published, “Our Ten Contributions to Civilization.” Schlesinger’s list is worth remembering--the right to revolution, the principle of federalism, the consent of the governed, the status of women, the melting pot, freedom of worship, the public school, voluntary giving, technology, and evolutionary progress.

By my reckoning, the greatest contribution of the United States to the world is the idea of legitimate opposition. Put simply, this idea holds that people can be loyal to their nation but opposed to the sitting government. It at once legitimizes, normalizes, and institutionalizes political opposition. In too many parts of the world, this idea has yet to take root.

All over the world, billions of people live in nations where those who organize against the government are treated like traitors. The first order of business for any authoritarian nation is to arrest or kill the political opposition.

According to a 2021 report from the International Institute for Democracy and Electoral Assistance, “Democracy is at risk. Its survival is endangered by a perfect storm of threats, both from within and from a rising tide of authoritarianism….

The Global State of Democracy 2021 shows that more countries than ever are suffering from ‘democratic erosion’ (decline in democratic quality), including in established democracies. The number of countries undergoing ‘democratic backsliding’ (a more severe and deliberate kind of democratic erosion) has never been as high as in the last decade, and includes regional geopolitical and economic powers such as Brazil, India and the United States.

In the United States, it has long been considered normal that there will be a formal, organized, regularized, and intuitionally recognized attempt to unseat every elected official at every scheduled opportunity. This competitive system of party politics, however flawed, sits at the foundation of our democracy. The idea of a legitimate opposition at its core is the belief that our differences on policies, no matter how profound, do not make us enemies.

Until very recently, politicians and parties of every stripe understood that if they lost an election, they would accept the results, dust themselves off, and try to win the next one. Sure, there might be court challenges, but until 2020, never had a major presidential candidate refused to accept the results of an election or thrown into doubt the legitimacy of an elected president (and this includes some pretty suspicious elections, 1876, 1960, 2000). Indeed, even the white men who seceded from the Union to form the Confederacy in 1860-61, never questioned the legitimacy of Abraham Lincoln’s election.

Many years ago, I was made to read Richard Hofstadter’s, The Idea of a Party System. Hofstadter charted the painful embrace of political opposition from the long held view of something to be avoided (faction) to an essential element of democratic politics. His focus was the election of 1800, a bitterly contested battle between the Federalist President John Adams and his Republican opponent Thomas Jefferson. Jefferson’s victory marked the first peaceful, democratic change of government in the modern era.

In 1801, in his inaugural address, Jefferson’s main theme was that the strength of our democracy was in our common allegiance to the principles of self-government. Famously, Jefferson wrote, “…every difference of opinion is not a difference of principle. We have called by different names brethren of the same principle. We are all Republicans, we are all Federalists.”

Three score years later, in 1861, Abraham Lincoln, in his First Inaugural, tried to save the Union by appealing to that same ideal, “We are not enemies, but friends. We must not be enemies. Though passion may have strained it must not break our bonds of affection. The mystic chords of memory, stretching from every battlefield and patriot grave to every living heart and hearthstone all over this broad land, will yet swell the chorus of the Union, when again touched, as surely they will be, by the better angels of our nature.”

And two years later, in the midst of the bloody Civil War, he concluded his Gettysburg Address by echoing Jefferson: “that from these honored dead we take increased devotion to that cause for which they gave the last full measure of devotion -- that we here highly resolve that these dead shall not have died in vain -- that this nation, under God, shall have a new birth of freedom -- and that government of the people, by the people, for the people, shall not perish from the earth.”

Two hundred and four years after Jefferson’s First Inaugural, a young state senator from Illinois delivered the Keynote Address at the Democratic National Convention. Barack Obama, channeling both Jefferson and Lincoln stressed the idea of the legitimate opposition. “Now even as we speak, there are those who are preparing to divide us, the spin masters, the negative ad peddlers who embrace the politics of 'anything goes,”’ he said. “Well, I say to them tonight, there is not a liberal America and a conservative America; there is the United States of America. There is not a Black America and a White America and Latino America and Asian America; there's the United States of America.”

“told [a] crowd that he has a chart in his Senate office tracing the history of civilizations over the past 4,000 years. He said it is a reminder of how they can rise and collapse, and of how unusual American democracy is in global history.

From the Mongol Empire to the Roman Empire, Romney said, autocracy is the chart's ‘default setting,’ with authoritarian leaders at every turn.

“What has kept us from falling in with the same kind of authoritarian leader as Vladimir Putin are the strengths of our institutions, the rule of law, our courts, Congress, and so forth."

In contrast to these examples of appealing to our better angels, there are among us today ordinary citizens and high-ranking leaders who are working to discredit and forcibly overturn our democracy. Four men in Michigan are currently on trial for plotting to kidnap a sitting governor, blow up a bridge, and spark a civil war.

Meanwhile, in Washington, the January 6th Select Committee has uncovered substantial evidence of illegal activity and unethical practices designed to overturn the presidential election of 2020. Starting with a campaign of disinformation over several months about election fraud and culminating with a planned violent action to halt the counting of Electoral College votes on January 6, 2021. A poll from February 2021 found that, “most Democrats say that they tend to view Republicans as political opponents. Most Republicans say that they tend to view Democrats as enemies.”

A functioning democracy requires many things. It requires the tireless and hard work of the citizenry to become educated about public affairs and to hold elected and party leaders accountable. And we need to recognize that American democracy is an unfinished project. If the arc of the moral universe is bending toward justice, it is only because there are plenty of people pushing it in that direction.

Above all, democracy requires that citizens see one another as part of the same democratic project, and not as enemies. It demands that we value self-government more than a particular candidate or policy. That we accept the results of elections and, if we lose, we try to win the next one. And in the interim, we must believe that our political opponents are as loyal to the nation as we are. If fail to embrace the idea of the legitimate opposition, we will have lost our democracy.