John Willingham writes about Texas history, literature, and politics, including an upcoming paper in the April 2023 issue of  Southwestern Historical Quarterly on slavery and the Texas Revolution. The following article is based on interviews with members of the Texas State Board of Education and on digital recordings of SBOE meetings. 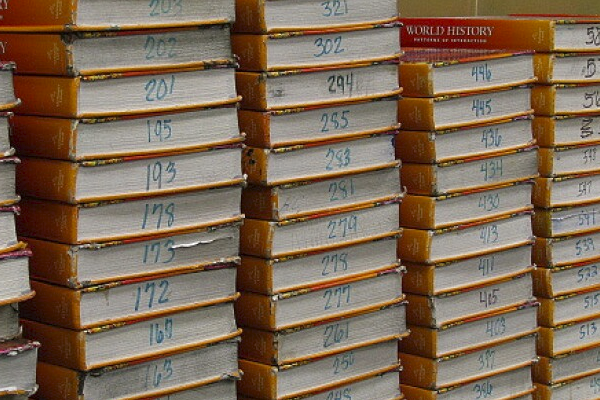 Just over a decade ago, the state of Texas was in the spotlight for its bitter disputes over social studies education, a recurring brawl that had national impact primarily because of the leverage the state wielded with textbook publishers. That leverage has abated, but like a fading star who refuses to leave the stage, the state is reviving its reactionary script with an even gaudier supporting cast.

Now, as then, the Texas State Board of Education is in the middle of the fight. With a current membership that has on occasion acted effectively on a bipartisan basis, the sad news now is that the Board was unable to resolve differences over the teaching of Texas history and voted eight to seven to delay new social studies standards that had previously been fast-tracked for consideration. The official reason for delaying the new standards was that the volume and grade sequence of topics for Texas history were insufficient or failed to deliver fully the message of Texas “exceptionalism.”

Democratic board members saw the official reason as a pretext for allowing the Board to put off implementation until after November, when more hard-right conservatives are favored to win seats now occupied by relatively moderate members. Outgoing member and Board secretary Georgina Cecilia Pérez, a Democrat from El Paso, fears the vote might have marked “the death of bipartisanship on the Board.” One professional historian who is an advisor to the Board said the delay was justifiable in order to expand Texas history topics, but he had “the impression” that an anticipated “shift in membership” was another reason.

The ascendancy of conservative extremists on the Board and in many local school districts is due largely to huge contributions from Christian nationalist PACs and prominent backers of school choice, especially investors in charter schools. With a rapidly expanding suburban population driving the need for more schools, charter backers, including out-of-state billionaires such as Netflix CEO Reed Hastings and the Walton family, see opportunities for state-subsidized profit even as they compete increasingly with local school districts for state funds. In one El Paso-area SBOE race alone, charter school proponents contributed $200,000 to a candidate in a losing primary race. That candidate, a Democrat who was himself the founder of a charter school, was the rare non-Republican candidate to receive strong charter support.

The pro-charter PACs see more than profit in targeting suburban and vulnerable rural areas for expansion. Their motives can also be ideological.  According to the website of the Texans for Educational Freedom PAC,

We are committed to fighting against Critical Race Theory and other anti-American agendas and curriculums. We will work to bring power back to the parents, and help elect leaders who are committed to getting back to the basics and keeping politics out of the classroom.

While the pro-charter PACs often support all kinds of “school choice” candidates, their money also goes to Christian nationalist candidates who bring much of the group pressure on local school systems and on the SBOE. School board meetings in areas with well-funded PACs—most notably Southlake’s Carroll ISD—often turn ugly, requiring the presence of security. Members of the Southlake group flood the SBOE with emails, most of them containing almost exactly the same wording. Right-wing churches and Patriot Mobile, “America’s only Christian conservative wireless provider,” contribute even more money, time, and energy to further the shrill lobbying of Christian nationalist groups. The Southlake PAC began receiving a flood of donations after Southlake resident Dana Loesch, a former NRA spokesperson, went on Tucker Carlson’s Fox News broadcast and, while condemning CRT, gave out the link to the PAC.

The engine driving both the fund-raising and the rhetoric is the all-purpose bugbear of “critical race theory,” increasingly augmented by the harsh condemnation of LGBTQ and transgender equality. One person almost certain to gain a seat on the SBOE in November exemplifies how the potent combination of far-right Christian nationalist views and lavish PAC support are transforming education in the state.

“After winning the primary in March, the frontrunner in the District 7 [SBOE] race is Julie Pickren, a former trustee for the Alvin Independent School District,” the Houston Chronicle reported. “Pickren was voted off that board last year after her participation in the protest at the U.S. Capitol was revealed—the basis of a campaign against her by the Brazoria County NAACP.”

Among those who testified against going forward with the proposed TEKS at an August 30 SBOE meeting, Pickren, like many who spoke, seemed to fall back on standard anti-Left, anti-government, anti-CRT, or even more generalized animus in their remarks:

In order for a child to be successful in what is now the fifth largest economy in the world because Texas is growing so rapidly and other economies are shrinking because of our great leadership—and because of other peoples’ not so great leadership—because they prefer socialism over free market capitalism—we have to train our children in who they are and what their culture is….

she told the Board.

A woman from Southlake, Jolyn Potenza, fixed on “globalism” as the main threat:

The TEKS provisions are slanted with a globalist view and not American exceptionalism.…It requires kids to learn history and government through a world globalist view that diminishes the value of our American legacy and culture…. Reject this radical overhaul, entirely.

Asked by moderate Republican member Matt Robinson, a generally soft-spoken physician from the Houston metro area, whether she could accept a view of America as a nation that, while imperfect, was at least relatively better than other great nations have been, Ms. Potenza replied: “

Do I think that America is completely 100 percent exceptional? Yes I do. Have we made mistakes? Yes, we have. But we are America, we have resolve, we have resiliency, and we bounce back. And we don’t cower, and we don’t cater, just because it hurts someone’s feelings—and look, we’re not gonna hug this one out.

Long before the hearing, Dr. Robinson, a vocal champion of local public school districts dealing with the charter threat, criticized Heritage Classical Charter School backer Stuart Saunders back in June for joining his brother in contributing $252,000 to SBOE candidates. “Now, whereas that’s undoubtedly legal, it really appears to be unethical—it appears like you’re trying to remake this Board after last summer when you were denied this charter school for the second time.” Dr. Robinson had by then already been redistricted out of his current seat, and will almost certainly be replaced by none other than Julie Pickren.

Sometimes appearing to occupy the center in SBOE debates, Republican member Will Hickman of Houston comes across as a thoughtful, committed, and articulate conservative who strongly supports school choice and just as firmly opposes CRT; but he also offers what seems to be a middle ground approach to the Board’s role in expanding charter schools. Although he has received almost $60,000 from the very conservative Texans for Educational Freedom PAC, whose larger donors include the Saunders brothers, Hickman believes the Board should be able to vote on every application to expand a charter’s campuses, not just on the charter’s original application to begin operations in the state. Democratic members have expressed a similar desire, including Georgina Cecilia Pérez and Dr. Rebecca Bell-Metereau.

“We should have the right to vote on charter expansions,” Hickman says, even if the charter company is already in place. “We see the charter one time when they come to Texas and we never see them again.” Charters receive the same head count money from the state that the local ISDs receive but have no local governance. He hopes the legislature will establish guidelines limiting charters to areas of geographical or programmatic need and require them to achieve positive track records before any expansions can be approved, thus providing a version of public oversight.

As for the core controversy in Texas over CRT, Hickman is straightforward and predictably conservative. Slavery, Reconstruction, Jim Crow laws, Martin Luther King and civil rights legislation—all these “are not CRT” and should be included in the curriculum. But when it comes to systemic racism and its persistence into the present, he says “I don’t favor [teaching] that.” For Hickman, a lawyer who is familiar with critical legal theory, there is a bright red line between past de jure discrimination and current allegations of persistent systemic discrimination against Black people. For Hickman, the latter, at least in its CRT framework, is too reliant on disparities in outcomes as justification for actions benefiting one group of people. He sees this as the opposite of “Martin Luther King’s view that you judge individuals irrespective of race.” Criticism of the SAT and meritocracy in general are, he says, examples of how a focus on group outcomes and equity can diminish the importance of individual effort by prioritizing access over evidence of achievement.

Beyond questions of merit, and setting aside White grievance over perceptions of “blame” and “privilege,” many objections about equity and CRT really come down to money. Achieving actual equity in the face of systemic, embedded wrongs requires, in the view of CRT proponents, appropriately systemic measures, especially reparations. Yet these are opposed by the majority of Americans. As part of that opposition, one will hear cries of socialism, communism, fiscal ruin, the decline of both meritocracy and individual responsibility. And when you add White grievance, progressive demands, and the real pain and suffering of Black Americans, what curriculum can possibly be both truthful and acceptable, and how can teachers navigate it?

One response would be to set aside the theories and remedies, and the often emotional reactions to them, and teach the facts: the horrors and grave injustices of Black enslavement; the terrible Civil War that was fought to end it; the brutality, hope, and heartbreak of Reconstruction and Jim Crow; the courageous battles of the civil rights era and the real, but incomplete changes they brought; and, where there has been clear evidence of continuing racism in our institutions, make it known. Period.