Ralph Seliger is the editor of The Third Narrative website, which promotes a two-state solution, fairness and empathy in academic debates on Israel and Palestine. 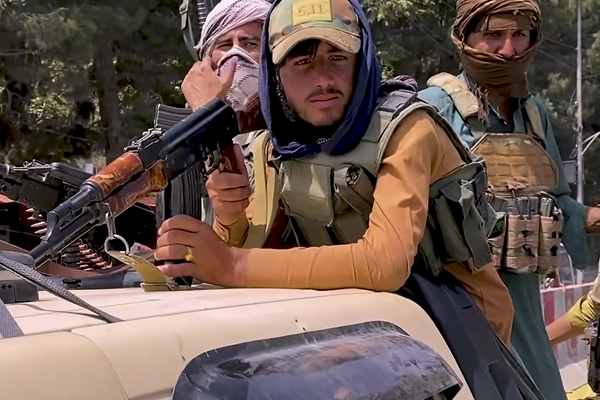 Regardless of the wisdom of getting into some wars, the US is manifesting some difficulty in getting out.  The chaotic end of our 20-year war in Afghanistan is strikingly reminiscent of, but even more rapid than, the sudden demise of our South Vietnamese allies in that great "never-ending war" of the 20th century.  But both were prompted directly by a cut-off of direct US aid, at a time when US troops were no longer engaged in combat on the ground and were not suffering casualties.

What we see happening now reflects a surprising continuity between Trump and Biden on Afghanistan. There was no need for a precipitous US withdrawal; there was a low-level military commitment, with very few US losses in recent years. But there was popular American sentiment to end our “never-ending wars.”

And, although he’s not always consistent, Biden has dovish foreign policy instincts. Above all, he’s a politician; like most Dems, he opposed the first invasion of Iraq in 1991, but then switched over to praising the war when it seemed to be a success. In the wake of the attacks on 9/11, he supported military action in both Afghanistan and Iraq, but as Vice President, he is known to have advised against Obama’s “surge” of 30,000 troops to Afghanistan during his first term.

Clearly, the abrupt withdrawal of US military advisors and civilian contractors has precipitated this catastrophe. Biden has both drawn upon his dovish instincts and his sense that it would be a popular decision politically. But the sudden collapse of the Afghan government will probably cost him politically, as most Republicans return to their traditional hawkish (neoconservative) security instincts, which had mostly been restrained due to Trump’s neo-isolationist policy leanings as President.

Still, the roots of the problem lie with George W. Bush’s policies immediately following 9/11. It was not wrong to help overthrow the Taliban -- a task that was done almost entirely by US airpower coordinated with the Northern Alliance and other Afghan forces on the ground who opposed the Taliban. There was no major US invasion. But then the US did not follow up in destroying Al Qaeda; US efforts were mostly focused upon invading and then occupying Iraq. And the mission in Afghanistan changed from safeguarding the homeland against terrorism to “nation building.” There’s even some evidence reported recently by NY Times correspondent, Thomas Gibbons-Neff, that elements of the Taliban attempted to reach out to the Bush-Cheney administration to be allowed to return home in peace; obviously, they were rebuffed.