Blogs > There's No There There > The Activist Origins of Mother's Day

The Activist Origins of Mother's Day


by There's No There There tags: military history,war,peace,Mothers Day,antiwar activism

Murray Polner, who writes book reviews for HNN, is the author of “No Victory Parades: The Return of the Vietnam Veteran” and “When Can We Come Home? A Debate on Amnesty for Exiles, Anti-War Prisoners and Others." 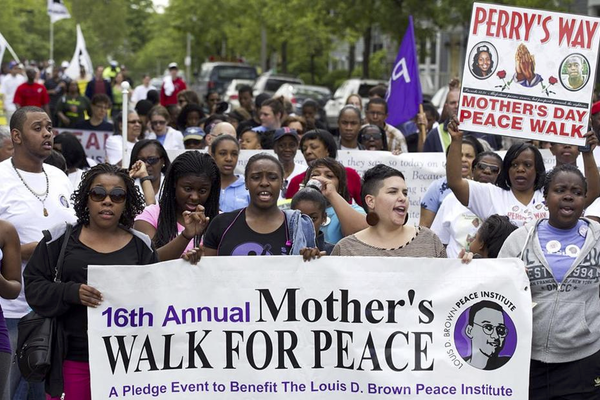 After the carnage of the Second World War the members of the now defunct Victory Chapter of the American Gold Star Mothers in St. Petersburg, Florida, knew better than most what it was to lose their sons, daughters, husbands and other near relatives in war. “We’d rather not talk about it,” one mother, whose son was killed in WWII, told the St. Petersburg Times fifteen years after the war ended. “It’s a terrible scar that never heals. We hope there will never be another war so no other mothers will have to go through this ordeal.” But thanks to our wars in Korea, Vietnam, Grenada, Panama, the Gulf War, Iraq and Afghanistan –not to mention our proxy wars around the globe-- too many Moms (and Dads too) now have to mourn family members badly scarred or lost to wars dreamed up by the demagogic, ideological, and myopic.

But every year brings our wonderful Mother’s Day. Few Americans know that Mother’s Day was initially suggested by two peace-minded mothers, Julia Ward Howe, a nineteenth century anti-slavery activist and suffragette who wrote the “Battle Hymn of the Republic,” and Anna Reeves Jarvis, mother of eleven, who influenced Howe and once asked her fellow Appalachian townspeople, badly polarized by the carnage of the American Civil War, to remain neutral and help nurse the wounded on both sides.

Howe had lived through the Civil War, which led her to ask a question that’s as relevant today as it was in her time: “Why do not the mothers of mankind interfere in these matters, to prevent the waste of that human life of which they alone bear and know the costs?” Mother’s Day, she insisted, “should be devoted to the advocacy of peace doctrines.” Howe soon moved beyond her unquestioned support for the Union armies and became a pacifist, opposed to all wars. “The sword of murder is not the balance of justice,” she memorably wrote. “Blood does not wipe out dishonor, nor violence indicates possession.”

Though not a mother, my favorite female opponent of war and imperialism was  the undeservedly forgotten poet and feminist Katherine Lee Bates who wrote “America the Beautiful” as a poem in 1895, which is now virtually our second national anthem for all Americans, left, right and center.  The poem I love best is her “Glory,” in which an officer heading for the front says goodbye to his tearful mother.

Again he raged in that lurid hell

Where the country he loved had thrown him.

“You are promoted!” shrieked a shell.

His mother would not have known him.

More recently there was Lenore Breslauer, a mother of two, who helped found Another Mother for Peace during the Vietnam War and also helped coin their memorable slogan: “War is not healthy for children and other living beings.”  Years later I came to know three mothers named Carol (Adams, Miller and Cohen, plus my wife Louise) who formed Mothers and Others Against War to protest President Jimmy Carter’s absurd resurrection of draft registration. They stayed on to battle Ronald Reagan’s toxic proxy wars in Central America.

On this Mother’s Day we could use more anger and dissenting voices of many more women of all political stripes to protest the needless and cruel sacrifice of their sons, daughters, wives and husbands as cannon fodder, as Russian mothers did in protesting Moscow’s invasions of Afghanistan and Chechnya. In Argentina and Chile, mothers and grandmothers marched against U.S.-supported torturers and murderers during the late seventies and early eighties. And in this country, the anti-war movement has often been led by women who no longer believe “War is a glorious golden thing…invoking honor and Praise and Valor and Love of Country”—as a bitter, disillusioned and cynical Roland Leighton, a WWI British combat soldier, wrote to his fiancée, Vera Brittain, the great British anti-war writer.

Sadly, on Mother’s Day yesterday, today, and in the years ahead, peace and justice seems further away than ever. How many more war widows and grieving families do we need? Do we need yet another war memorial to the dead in Washington?  More bodies to fill our military cemeteries? More crippled and murdered soldiers and civilians so our weapons manufactuers's stock prices can rise? Do we really need to continue disseminating the myth –and lie-- that an idealistic America always fights for freedom and democracy?

Vietnam, Korea, the Middle East, etc., more than one hundred thousand American men and women have been killed or grievously harmed in our endless wars, not to mention several million Asians and Middle Easterners, including Israelis and Palestinians. Do enough Americans care? They all had mothers.