by Ashraf H. A. Rushdy

Ashraf H. A. Rushdy is professor in the African American Studies Program and the English Department at Wesleyan University in Middletown, Connecticut. He is author of Neo-Slave Narratives: Studies in the Social Logic of a Literary Form and The End of American Lynching. 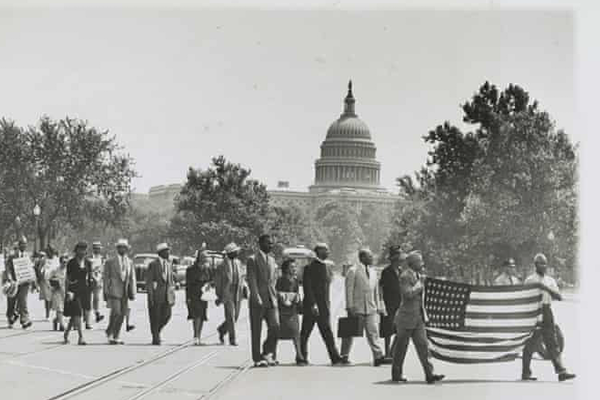 In February, 1999, John William King – who was executed in Huntsville, Texas on April 24, 2019 –became the first white man in modern Texas history to be sentenced to death for killing a black person.  How that black person, James Byrd, Jr., died was no mystery. Three self-proclaimed white supremacists had drawn up a plan to start a race war while they were in prison. These men chained Byrd to the back of their pickup truck and dragged him for a mile and half until his head and right arm were torn from his body by a concrete culvert on Huff Creek Road in Jasper County.

What proved to be a mystery in the aftermath of this gruesome event was what to call this particular crime.  Most mainstream reporters and columnists insisted that it was not a “lynching.”  Many would not accept that an event that clearly met Congress’ definition of lynching could happen at the end of the twentieth century.  The books published on what happened in Jasper, Texas between 2002 and 2004 called it “a hate crime,” “the dragging,”and “the murder,” but none would call it a lynching. Columnists in black newspapers and African American intellectuals who wrote for or were quoted in the mainstream press were nearly the only people to insist John William King’s death was indeed a lynching.

The weekend James Byrd, Jr., was lynched was also the first anniversary of President Bill Clinton’s “dialogue on race.”  It appeared that this dialogue was scripted from the same debates that had roiled the nation a half-century earlier when white anti-lynching advocates had begun to yearn for “the end of lynching,” and regularly declared something to be “the last American lynching.”  It was more important, in 1940 and 1998, to deny the existence of a practice that shamed a nation than to face it.

Thanks to several groundbreaking contemporary historians and organizations like the Equal Justice Initiative, we now have a fuller account of lynching in the United States – including its transformation over time and the extent to which it served and fueled nationalist, populist, racist, and nativist purposes.  What we perhaps equally need is an understanding of the historical role of the discourse of lynching and how it continues to shape America’s enduring “dialogue on race.”

The discourse of lynching was produced by Southern newspaper editors, politicians, and mob leaders in the last two decades of the nineteenth century. It claimed that white vigilantes were as inevitably driven by principles of chivalry to lynch as African Americans were compulsively driven by their sexual lusts to rape. It was a discourse that represented a momentous shift from the rationale and justification for enslavement: those who had been happy-go-lucky Sambos in the plantation romance the South fed itself had now become ravening beasts in the new genre of what Jacquelyn Hall memorably called “a kind of folk pornography in the Bible Belt.”  It was a discourse African American intellectuals and organizations fought to dispel for the next half-century, including Frederick Douglass, Ida B. Wells, the Association of Southern Women for the Prevention of Lynching, Tuskegee, and the National Association for the Advancement of Colored People.

Lynching discourse could be used and abused, then and since.  Dixiecrat Senators consistently used it to deny the passage of federal anti-lynching bills.  Some opportunistic African American public figures claimed to be victims of it metaphorically, as both Supreme Court nominee Clarence Thomas and embattled Detroit mayor Kwame Kilpatrick did.

What is perhaps most noxious and subtle about that discourse is what it sometimes explicitly, and most often implicitly, claimed about African American women. Under enslavement, black women were routinely and regularly raped, even as slave codes insisted that this was legally and logically impossible.  In the postwar period, some slavery apologists claimed black women brought it on themselves. For instance, in her 1906 Lost Cause paean, Dixie After the War, Myra Lockett Avary claimed that the “heaviest part of the white racial burden” was “the African woman, of strong sexual instincts and devoid of sexual conscience, at the white man’s door, in the white man’s dwelling.”  In the postbellum lynching discourse, black women were cast as the source of black men’s sexual depravity: the witchery black enslaved women had used to drive white slave masters to rape them, black freedwomen were now applying to their black husbands, which insatiably drove them to rape white women.  The “average plantation negro does not consider rape to be a very heinous crime,” argued Philip A. Bruce, because he “is so accustomed to the wantonness of the women of his own race.”  This was a discourse that made victims into criminals, even as the ignored and denied crimes against the bodies and souls of women of African descent produced and reproduced the labor force that made America’s economy possible. The antebellum discourses that made them “unrapeable,” and the postbellum one that made them the ultimate source of danger to white women, continue to operate in insidious and hateful ways.

Many noted that the only charge of the over forty accusations of sexual harassment, assault, and rape Harvey Weinstein felt compelled to contest directly and specifically was that of the only African American woman accuser.  Any number of factors could explain this anomaly, one supposes, but those of us who believe that there is an enduring historical force in those discourses, practices, and values that a society adopts and transforms over time suspect that one such factor is thehistorical legacy of that discourse.  It has at different times represented black women as “unrapeable” and sexually available – at the white man’s door, in their dwelling, as Avary put it, and, apparently, on their casting couches.

It is that same discourse, in the end, that inspired John William King and his two accomplices to commit the lynching they did.  One of those accomplices, Shawn Berry, told Dan Rather in an interview prior to his trial, that King had proclaimed in the course of their crime, “That’s what they used to do when a black man got caught messing around with a white woman, in the old days.”  There was no white woman involved in James Byrd’s life, nor did King or his accomplices believe there to be.  They were inspired by a discourse that forced them to misperceive the reality they inhabited. That is what a hegemonic discourse, an ideology, an enduring historical narrative people tell themselves does. It makes us deny what we see. Maybe we should strive to see what some of us choose to deny, and what others of us--who were victimized by the practice, and continue to be victimized by the discourse--tell us is really there.