Today's Culture Wars are Playing Out on Plantation Tours

Kelley Fanto Deetz is a visiting scholar in African American Studies and African Diaspora Studies at the University of California, Berkeley and the Director of Collections and Visitor Engagement at Stratford Hall Plantation in Virginia. 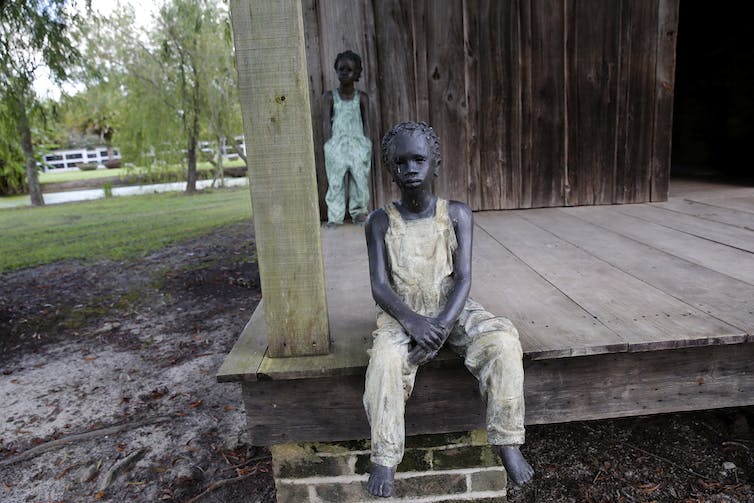 These statues of enslaved young boys are part of a modern-day depiction of southern plantation life at the Whitney Museum in Louisiana. AP Photo/Gerald Herbert

Located on nearly 2,000 acres along the banks of the Potomac River, Stratford Hall Plantation is the birthplace of Confederate Gen. Robert E. Lee and the home of four generations of the Lee family, including two signers of the Declaration of Independence, Richard Henry Lee and Francis Lightfoot Lee.

It was also the home of hundreds of enslaved Africans and African Americans. From sunup to sundown, they worked in the fields and in the Great House. Until fairly recently, the stories of these enslaved Africans and of their brothers and sisters toiling at plantations across the Southern U.S. were absent from any discussions during modern-day tours of plantations such as Stratford Hall.

Even now, with new tours and an exhibition highlighting enslaved Africans and African Americans who lived at Stratford Hall, discussions during plantation tours among visitors can often turn into visceral debates over whose history should be told or ignored.

These tensions are part of an ever-growing work of criticism directed at sites that continue to omit the history of the enslaved community. Of the 600 plantations scattered throughout the South, only one, the Whitney Plantation in Louisiana, focuses entirely on the experiences of the enslaved.

As a public historian and the director of collections and visitor engagement at Stratford Hall, I can attest that visitors have vastly different expectations when they visit this historic landmark. Their questions reflect their own interpretations, curiosities and political biases, often to the detriment of obtaining a richer education on every aspect of plantation life – the good, the bad and the ugly.

Museum professionals at plantations hear it all and must balance viewpoints that are diametrically opposed to one another, such as the romanticized notion of antebellum gentility and the constant fear of terror and violence of the enslaved. Visitors’ expectations often collide with reality, creating tense moments on tours. Some visitors want answers and stories that sit comfortably with their ideas of slavery and of America as a whole.

“Were the Lees good slave owners?” is a frequent question. 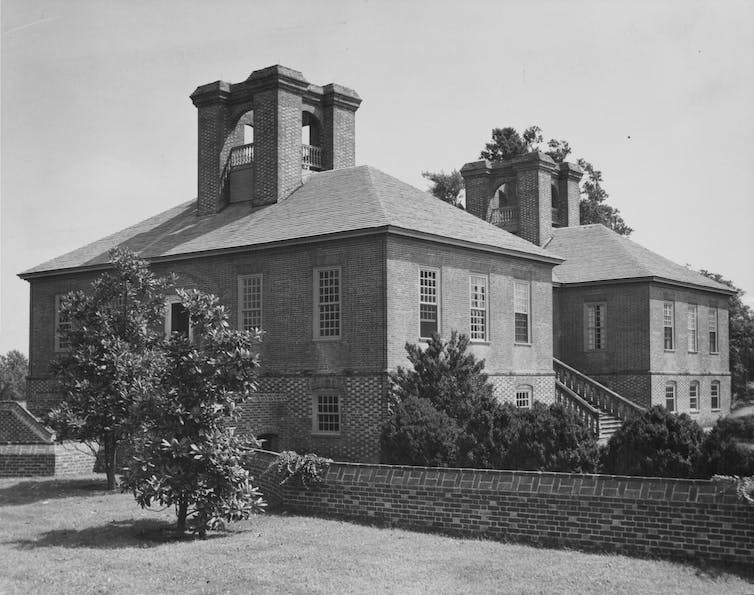 Many visitors comment on how the slaves were treated like family, or how their housing doesn’t seem that bad. Some would rather skip the whole slavery thing altogether and just comfortably learn about the decorative arts and the often luxurious lives of the white families who lived there.

But history is not comfortable. Though he lived at Stratford Hall only during his early years, Robert E. Lee was a slave owner in his own right. The majority of the nearly 200 enslaved people Gen. Lee owned were inherited after his father-in-law, George Washington Parke Custis, died in 1857.

For every question about the kindness of the enslavers are others seeking detailed descriptions of abuse and terror.

“How much abuse happened here?” is one such question.

The answer is clear about the innate inhumanity of slavery. Abuse ran rampant, everything from rape and dismemberment to separating families. Enslaved people lived in constant fear. Violence was always a threat, in one form or another.

These questions plague many historic sites. Museum professionals are then saddled with spending more time explaining the lack of specific evidence of abuse on their site – or examples in their records – and spending less time talking about the ways enslaved men, women and children used their culture and community to persevere in a system built on violence and terror.

Violence was not all enslaved people experienced on plantations. Questions that focus heavily on the treatment of the enslaved – and not the people themselves – erase their humanity and ignore their agency. 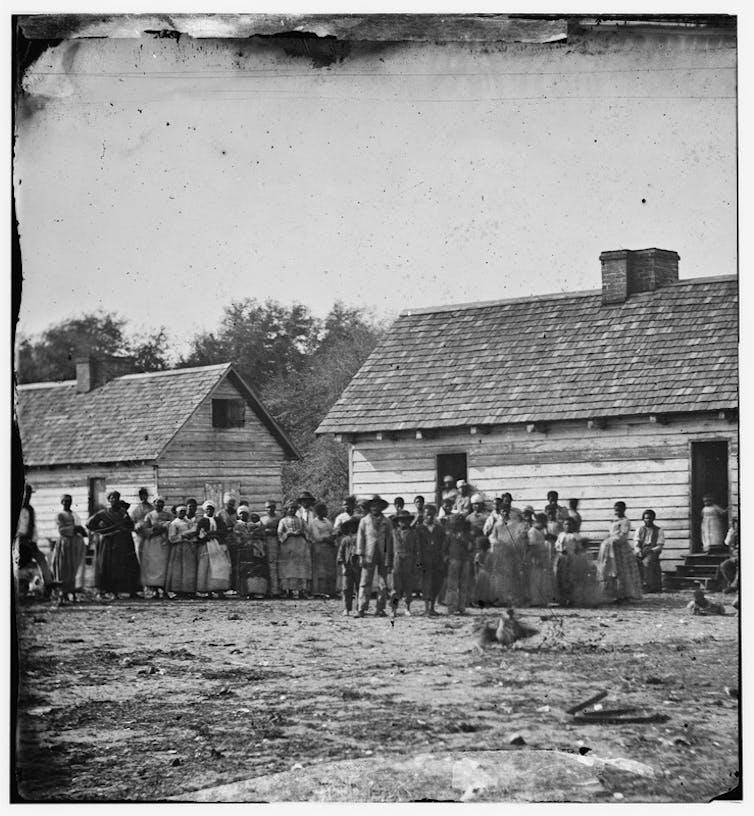 Enslaved people on South Carolina plantation in 1862. Slavery Images: A Visual Record of the African Slave Trade and Slave Life in the Early African Diaspora

It also reduces their entire existence into a byproduct of white behavior and, worse, diminishes their cultures and their contributions to both the site and the nation as a whole.

Tour guides are pivotal in providing richer, more inclusive educational experiences. Yet we regularly endure personal attacks and offensive commentary. Historical interpreter Dontavius Williams works around the country at plantation sites, and, despite his authoritative expertise, Williams, 38, has told me and others in the field that he has been called “boy” on several occasions.

Many African American interpreters also have to address statements about how slavery was good for their ancestors.

Inclusion is not exclusion

The visitors’ role is to learn from the staff and engage in ways that generate constructive conversations. Facilitators like Williams are trained in encouraging such talks, regardless of the visitors’ preconceived notions, political agendas or fixed notions about slavery and other confirmation biases.

What brings a more nuanced and balanced tour are questions about who made the furniture, who cooked the food, what people ate, how enslaved people persevered in spite of enslavement or which West African traditions survived in the Colonies.

[Over 140,000 readers rely on The Conversation’s newsletters to understand the world. Sign up today.]

This inclusion does not equate to exclusion. Visitors can learn of the white family, the decorative arts – and the enslaved community.

Historic sites are not Disneyland, U.S. history is not fantasy and plantations are inherently uncomfortable places. If tourists ask the deeper, more nuanced questions, they will get answers that challenge preconceived ideas and render a more complete understanding of our nation’s history.