Can Joe Biden Resist War Pressure and Lead Toward Peace?

Martin Halpern is Professor of History Emeritus, Henderson State University and the author UAW Politics in the Cold War Era and Unions, Radicals and Democratic Presidents: Seeking Social Change in the Twentieth Century. He can be reached at halpern@hsu.edu. 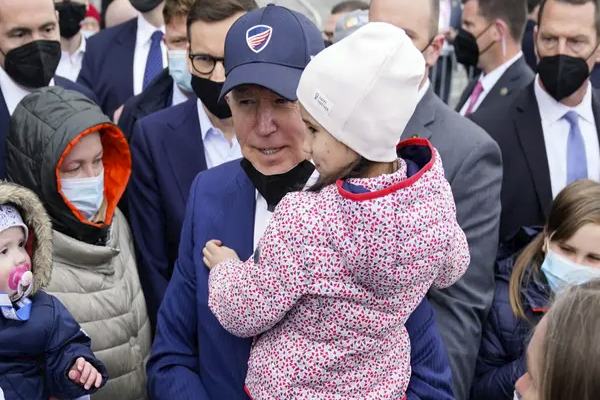 It was October 1962, almost sixty years ago when we came close to the brink of a nuclear war in the Cuban missile crisis. Today we find ourselves at risk once again of spiraling into that unthinkable event. Will humanistic thinking and common sense once again prevail?

We’ve come to think of presidents and other officials as cynical strivers for more and more power. They survive and succeed by getting along with the powerful and responding effectively to shifts in public opinion. Still, for many who reached the highest positions, a sense of what drew them to the idea of public service remains, an awareness of the reality that they are human beings connected with the rest of humanity. That was true of President John Kennedy in 1962. Is it true of President Joe Biden in 2022?

One year ago, the History News Network published my essay, “Can Biden Fulfill JFK's Incomplete Promise of a Peace Presidency?” I was interviewed by Burt Cohen on his radio show, “Keeping Democracy Alive” about my article. The impetus for my essay was Biden’s attack on Vladimir Putin. I praised some of Biden’s domestic achievements but was critical of the apparent embrace of the military-industrial-intelligence complex’s advocacy of a new cold war against Russia and China. In the radio broadcast, I noted several positive aspects of Biden’s foreign policy but, as in the essay, recommended he follow John Kennedy’s example of pursuing diplomacy with Russia and follow up on Kennedy’s call in 1963 for “general and complete disarmament” and developing the United Nations into “a genuine world security system--a system capable of resolving disputes on the basis of law, of insuring the security of the large and the small, and of creating conditions under which arms can finally be abolished.”

The founding of NATO was about the U.S. exercising “a preponderance of power” in the world. Its expansion in the last three decades is a part of a shift toward exercising exclusive power in the world. Both phases of NATO represent a failure to support the development of the UN as a “world security system,” but the recent trend has been particularly dangerous. The determination of U.S. elites for our country to be not only the sole superpower, but the sole determiner of right and wrong in the world has led to a series of disastrous “forever wars.”

In the current crisis, Biden has so far resisted the calls for a no-fly zone over Ukraine advocated by many figures in elite circles, the media, and within his administration. In this respect, Biden is emulating Kennedy’s example of resisting hawkish advisors advocating military action in the Cuban missile crisis. Holding on to their connections with the rest of humanity, Kennedy – and so far, Biden – recognize lurching into nuclear war must remain unthinkable.

We must be concerned, however, about the continuing loss of life in the Russia-Ukraine war, the war’s global economic disruption and harm to the neediest among us, and the continuing danger of escalation into a broader war that might become nuclear.

In 1962 and 1963, President Kennedy pursued diplomacy and reached agreement with the Soviet Union. In addition to rejecting the escalation that a no-fly zone would entail, President Biden needs to pursue diplomacy with Russia. Pursuing diplomacy means listening to the concerns of the other side, finding common ground, and being open to compromise. Given the one-sided pressure to which he is being subjected, it will take courage for the president to adopt this perspective. He will need to reject the one-sided narrative predominant in both the media and foreign policy circles and to give to the people of the United States a picture of the broader context of events in Ukraine since the 2014 coup that is absent from most mainstream media accounts. It is the only humanistic course.

As President Kennedy said in his 1963 speech at American University: “So, let us not be blind to our differences--but let us also direct attention to our common interests and to the means by which those differences can be resolved. And if we cannot end now our differences, at least we can help make the world safe for diversity. For, in the final analysis, our most basic common link is that we all inhabit this small planet. We all breathe the same air. We all cherish our children's future. And we are all mortal.”